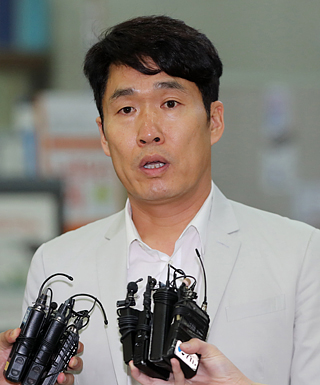 The prosecution has filed an appeal against Seoul Central District Court’s decision to acquit television personality Lee Chang-myung of all charges during his first trial regarding driving under the influence.

According to legal circles yesterday, the prosecution repeatedly refused to accept the ruling and filed an official appeal on Wednesday.

The prosecution demanded ten months of imprisonment for Lee, but the court didn’t accept the DUI charges and only fined him five million won for failing to take appropriate measures after the accident.

The entertainer said, as tears ran down his face, short after the ruling in the first trial, that “I’m innocent, that’s why they acquitted all of the charges against me.”

Lee is being sued by the prosecution due to a mishap that happened last April. He smashed in to a traffic signal while driving, later abandoning his car and running away from the scene.