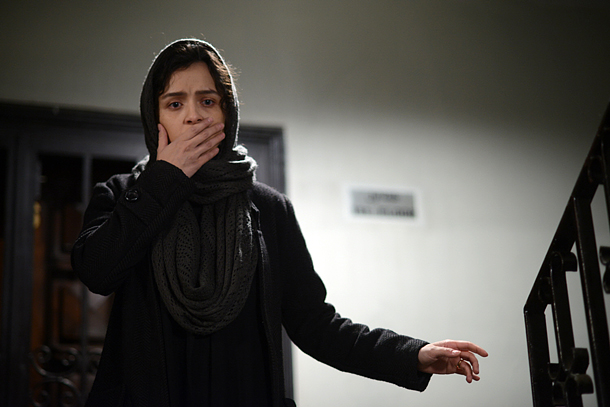 High school teacher Emad, played by Shahab Hosseini and his wife, Rana, played by Taraneh Alidoosti, are a couple working in theater, currently staging a production of the play “Death of a Salesman” by Arthur Miller. One day, while taking a shower in their apartment, Rana is attacked by an intruder. She suffers from extreme trauma which causes her to break down in the middle of a performance, crying on stage. The couple later finds out that a former tenant of the house was a prostitute who often had trouble with her clients, and the attacker had mistaken Rana for the prostitute. Emad tries to search for any evidence he can find to track down the attacker.

The Iranian director and screenwriter Asghar Farhadi, named one of the 100 Most Influential People by the Time magazine in 2012, has won two Academy Awards and also a Golden Globe. His films, such as “A Separation,” are known to present microcosms of the modern Iran society, such as gender and class differences.

This film revolves around three members of a typical household living in Korea and sheds light on social problems that affect many in today’s society, including the high unemployment rate and household debt.

The breadwinner of the family, Beom-gu, played by Lim Hyeong-guk, is fired from the company for which he has worked for 18 years. A saleswoman for a credit card company, Mi-yeong, played by Lee Hye-eun has just lost the top spot to her rival firm. She is a working mom and strives to earn enough money to pay for her high living expenses and to pay the debt. Han-na, played by Chae Bin is waiting for her acceptance letter from a university that she desperately wants to attend. Can this family survive in the extremely competitive Korean society?

This film was the closing film at the 2016 Jeju Film Festival. 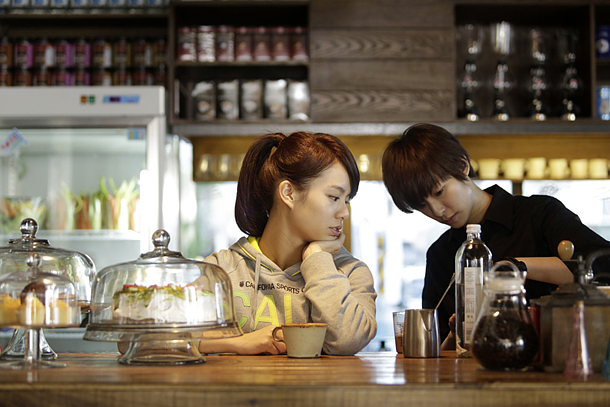 Actress Vivian Sung from the 2015 Taiwanese romance comedy “Our Times,” which became popular all over Asia, is back again with another romance film. She plays the role of an outgoing university freshman, Si-ying, who works at a small cafe as a part-time job. She meets a tomboy professional barista A Bu-si, played by Megan Lai, and other colleagues. One day, a senior from school, A-Tuo, played by Bruce Hung, visits the cafe she works at, and he begins to develop feelings for Si-ying.

This film is adapted from a novel with the same title by Giddens Ko also known as Jiubadao. This film appeared at the New York Asian Film Festival and at the Hong Kong Film Awards. Ko is known for directing the 2011 Taiwanese romantic comedy “You Are the Apple of My Eye.”

Based on the Japanese manga series written by Hiroya Oku, this animated film tells the story of a high school student named Masaru Kato, who died in a train accident and became part of a semi-posthumous survival game, in which him and his crew are forced to hunt down and get rid of aliens which are attacking Tokyo and Osaka.

Kato (voiced by Daisuke Ono), who was killed after trying to save a person in a subway, wakes up in a small room with Reika (voiced by Saori Hayami), his friend, and other teammates.

One of the crew members explains that they have all woken up in this room after their death, and they have to fight against monsters with high-tech weapons. Suddenly, a black orb appears, which is identified as Gantz, and tells them their missions. They have to fight a monster which is attacking Osaka and Tokyo, and if they do not kill the monsters before the allotted time, they will all die.

The film was nominated at the Mainichi Film Awards for Best Anime Film. The film was also screened at the 73rd Venice Film Awards and at the 35th Brussels International Fantastic Film Festival, a festival for animated films. 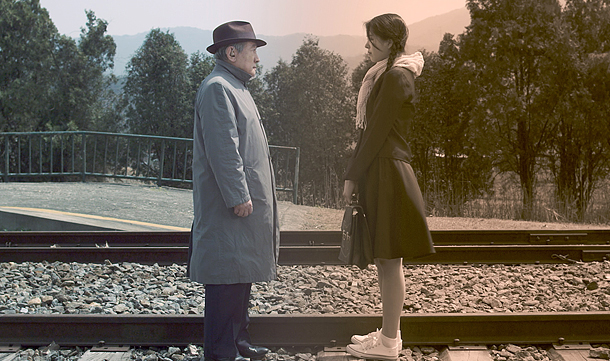 Life is sometimes compared to a road. This omnibus style drama film portrays three people who are near the end of the road. Sun-ae, played by Kim Hye-ja, is living a lonely life alone in a posh apartment building in Seoul as her kids are overseas. As her solitude grows, she deliberately breaks home appliances in her house so that the service engineers visit her house to fix the appliance and keep her company. She serves them food, which is her only joy in life.

Sang-beom, played by Song Jae-ho, has trouble hearing, and lives with his young granddaughter. He is starting another chapter in his life after opening up a bakery, and he recalls his first love back in time when he meets a young woman who is helping him open up the bakery.

Su-mi, who is an owner of a restaurant, abruptly loses her son due in a car accident. Engrossed in guilt that her son’s death was her fault, she attempts to commit suicide. However, she eventually gets back up again.

Actress Kim Hye-ja, who has played a mother in numerous films and TV shows, is best known for her role in the 2009 drama thriller “Mother,” and “Dear My Friends.” 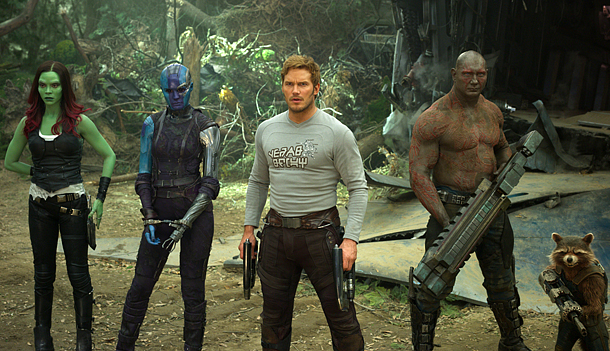 Marvel’s action-packed superhero blockbuster featuring the half-human and half-alien Star-Lord, also known as Peter Quill (Chris Pratt) and his epic gang of extraterrestrial misfits fighting against the villain Ronan the Accuser, is back with a sequel. Unlike other superhero films which deal with a battle between two groups, this sequel portrays the relationship among the characters. Whereas the first installment of the film portrays the meeting of the crew, volume two depicts the family hardships they are faced with.

The Guardians of the Galaxy consists of Gamora (Zoe Saldana), Drax (Dave Bautista), the raccoon Rocket (Bradley Cooper) and the tree-like humanoid Groot, (Vin Diesel). This movie continues following the team’s adventures as they travel through the cosmos, and unraveling the mysteries behind finding out who Peter Quill’s parents are.

Winner of the 2015 Cesar Awards for Best Actress, Adele Haenel plays a young and successful doctor, Jenny. On an ordinary day like no other, a door bell rings at the hospital, but she does not open up the door as it was past the hospital’s office hours. The next day, Jenny realizes that the woman who rang the bell was found dead by the police. Overwhelmed by guilt, Jenny begins to investigate who this woman might be and the reason behind her death.

Directed by the famous Dardenne brothers - Jean-Pierre and Luc Dardenne - who are known for portraying ethical themes based in realism, this film is a collaboration between France and Belgium.

This duo has received the Palme d’Or at the Cannes Film Festival with the film “Rosetta” and “The Child,” both movies portraying the social problems in Belgium.

This film was invited to numerous film awards such as Cannes, and also to the 18th Jeonju International Film Festival, which kicked off last month.