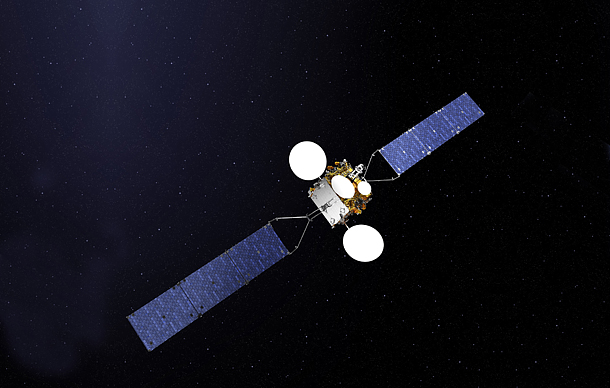 The commercial satellite, named the Mugunghwa-7, lifted off from the Guiana Space Center at Kourou in French Guiana, aboard a rocket made by France-based Arianespace at 7:27 p.m. local time, said the Ministry of Science, ICT and Future Planning, and KT Sat, a satellite service arm of the country’s leading fixed-line operator KT.

The ministry said the satellite will be used to provide broadcasting and communication services based on a long-term evolution (LTE) technology over the Asian region starting in July. 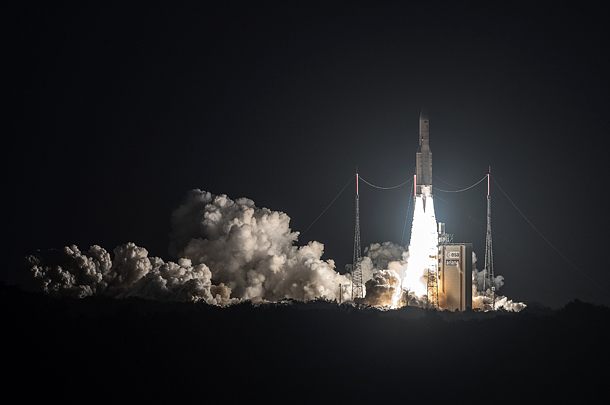 Mugunghwa-7 lifts off from the Guiana Space Center at Kourou in French Guiana Friday. [YONHAP]

“The ICT ministry already completed the registration with the International Telecommunications Union (ITU) so that the Mugunghwa-7 is successfully launched and operated,” said Choi Yeong-hae, an ICT official in charge of the project.

Designed for a 15 year lifetime, the Mugunghwa-7 will be positioned at 116 degrees east and will encompass not only Korea but a larger part of Asia, including the Philippines, Indonesia and India, it said.

The satellite is equipped with the locally built Ku-band (36 MHz) and Ka-band (200 MHz) transponder communications systems, the officials said.

Thales Alenia Space was in charge of the design, production and testing of the satellite, while the Electronics and Telecommunications Research Institute (ETRI) of Korea provided its navigation system.

It marks the first time for the locally built satellite navigation system to be commercialized, the ministry said. YONHAP