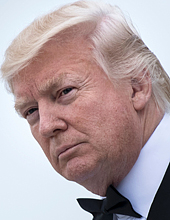 Koreans are entirely preoccupied with Tuesday’s presidential election. Two months ago, they were split into two groups crowding the streets in downtown Seoul holding either candles or national flags. The candlelight vigil group chanted for the impeachment and removal of President Park Geun-hye while the flag carriers marched in support of the president.

Some held up the stars and stripes as if to demonstrate support not only for Park, but also for the conservatives who traditionally are regarded as pro-American. A Korean-American well-versed in Washington affairs said U.S. congressmen and scholars knowledgeable of Korean affairs were uncomfortable with seeing the American flag at the rallies protesting the impeachment fearing it could stir anti-American sentiment among young people.

Anti-American sentiment is a sensitive issue for policymakers and politicians in Washington as it can undermine the long-held alliance of the two nations. They have seen how explosively antagonism can build up from the mass-scale protests in 2002 after two school girls were struck and killed by a U.S. military vehicle. The two countries must consider public sentiment when dealing with bilateral issues.

Respect to national sentiment is basic civility in diplomacy. The Korea-U.S. alliance has a bigger value than strategic interests for Washington. It is based on the sacrifice of 37,000 U.S. soldiers who died while protecting the lives and rights of Korean people and commitment of those who stake their lives defending Korea today as well. The bilateral alliance therefore goes beyond the military, as it aims to safeguard common values.

Americans traditionally value diplomacy as their guardian angel. Since President Woodrow Wilson, the U.S. has been advocating for and preaching human rights, freedom, democracy, peace and safety as universal values in foreign policy. Although it also comes under attack for having double standards in acts such as torture, the U.S., together with Europe, has contributed in raising the bar on the universal standards on human rights. Its value-oriented diplomacy has made the U.S. an undeniable superpower.

But those conservative values and concept for alliance have changed after real estate mogul-turned-politician Donald Trump became president. Trump has invited Philippine President Rodrigo Duterte, who earned notoriety for his crackdown on drugs — killing 7,000 suspects in one year — to the White House and has said he would be “honored” to meet North Korean leader Kim Jong-un even after threatening a military strike on North Korea.

He shrugs off political and media criticism for damaging traditional U.S. values by cozying up to dictators. He then demands that Seoul pay for the operational costs of the Terminal High Altitude Area Defense (Thaad) battery that Washington more or less forced to be installed in Korea and wants to renegotiate the terms for the bilateral Free Trade Agreement. To him, the traditional alliance with South Korea and sentiment of Koreans seem to be of little concern.

Secretary of State Rex Tillerson made it clear that times and priorities have changed. Addressing State Department diplomats and staff, he said, “Our values around freedom, human dignity, the way people are treated — those are our values. Those are not our policies.”

“If we condition too heavily that others just adopt this value we have to come to over a long history of our own, it really creates obstacles to our ability to advance on our national security interests and our economic interests,” he said. The top diplomat recruited from oil giant ExxonMobil is suggesting that the U.S. could compromise with states or leaders accused of violating human rights and freedom if they help U.S. national interests.

The U.S. foreign minister is referred to as the Secretary of State. The title accompanies obligations to uphold universal values and principles on the international stage as a part of American state affairs. But state affairs have been simplified due to the America First policy. Tillerson and other senior members of Trump administration have reiterated that alliance between Korea and U.S. remains “ironclad,” but they have a curious way of showing it.

In his first 100 days in office, Trump has delivered shockwaves to many states, leaving the Trans-Pacific Partnership, promising to build a border wall along Mexico, and slapping punitive tariffs on Canadian lumber for its protectionist dairy policy.

Trump is fixed on the East Asian framework from earlier summits with Chinese President Xi Jinping and Japanese Prime Minister Shizo Abe. The South Korean president will have a late start, but at least he would know what to expect.

He needs not fawn to win his favor, but nevertheless should endeavor to push for our national interests.

*The author is a rewriting editor and senior reporter on foreign affairs and security issues.