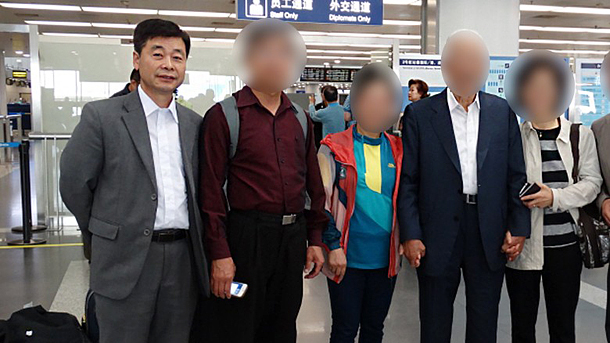 The latest arrest brings the total number of American nationals currently detained in the North to four.

The KCNA said in a terse statement that the man, whose Korean name is Kim Hak-song and whose Chinese name is Jin Xue Song, had worked for Pyongyang University of Science and Technology.

A relevant institution is now conducting an investigation into his alleged crimes, the statement continued, without explaining what those crimes were.

The Associated Press cited the school as saying Monday that Kim was “doing agricultural development work at an experimental farm,” and that his detention was not related to his work at the university, and therefore it could not comment further.

The U.S. State Department was quoted by the AP as saying that it was aware of the new detention and that the security of American citizens was “one of the department’s highest priorities.”

Citing two people who claimed they studied with him in the United States, CNN reported that Kim, an ethnic Korean, was born in Jilin, China, and immigrated to the U.S. in the mid-1990s, later studying at a university in California. Kim was said to have become an American citizen in the 2000s and returned to China after about 10 years living in the United States.

His family members are in China and South Korea, the media group said.

Pyongyang University of Science and Technology, where Kim worked, is the same workplace as another American detainee, whose arrest was reported by the South Korean government on May 1 and confirmed by the KCNA last Wednesday.

Tony Kim, whose Korean name is Kim Sang-duk, was teaching accounting at the school and had been arrested on April 29 for committing “hostile criminal acts with an aim to subvert the country,” according to the report.

Two other U.S. citizens detained in North Korea are Kim Dong-chul, who was born in South Korea and later naturalized, and Otto Warmbier, an undergraduate at the University of Virginia, who had entered North Korea with a tour group.

A South Korean government source who spoke on the condition of anonymity said Sunday local authorities were monitoring the situation closely while weighing the conjecture that North Korea was using “hostage diplomacy” to bring Washington to the negotiating table.

Several U.S. citizens brought back home after months of detention in the North confessed to feeling “used” as pawns in the international power struggle.

Signs that North Korea could conduct a sixth nuclear test have been noted for months, and leader Kim Jong-un said in a New Year’s address on Jan. 1 that his country was in its “final stages” of test launching an intercontinental ballistic missile.