Artifacts from a land rich in cultural diversity : Ancient treasures from the crossroads of Saudi Arabia

Artifacts from a land rich in cultural diversity : Ancient treasures from the crossroads of Saudi Arabia 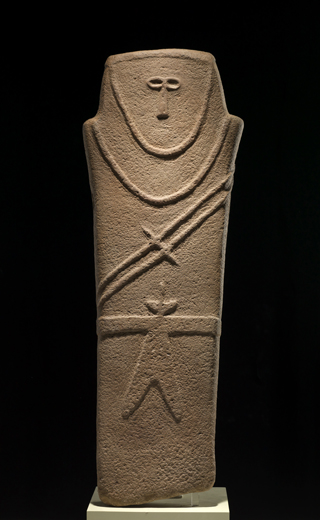 Saudi Arabia is known to many for its wealth, its large oil reserves and miles of desert, but the country is also home to a rich cultural history that many are unaware of. Acting as a crossroads for Eastern and Western cultures, the Arabian Peninsula linked Mesopotamia, Egypt, and Persia with the Mediterranean region, and has long been home to abundant cultural exchange.

To celebrate the 55th year of diplomatic ties between Korea and Saudi Arabia, the special exhibition “Roads of Arabia - The Archaeological Treasures of Saudi Arabia,” co-hosted by the National Museum of Korea and the Saudi Commission for Tourism and National Heritage, will showcase 466 historical and archaeological relics from 13 museums in Saudi Arabia, ranging from a statue of a man that is about 2 meters (6.5 feet) tall from 3 B.C., to a 200 year-old coffee pot.

Not only acting as a cradle of Islam, but also a part of ancient trade routes for frankincense and myrrh, the peninsula has collected treasures from the prehistoric era to the 20th century.

“Saudi Arabia is not only an oil-producing country, but also a crossroads for West and Eastern cultures. It is not a closed land, but an open one, as humanity from Africa migrated across the peninsula. Islam even spanned to faraway places such as to China and Spain,” said Ali Al-Ghabban, one of the leading figures in archeological Islamic studies, at an event held at the National Museum of Korea in Yongsan District, central Seoul, on Monday.

Gold funerary mask, top, is from the 1st century. Above is a dallah, a copper coffee pot from the 19th century. [NATIONAL MUSEUM OF KOREA]

The exhibition, which consists of five parts, begins with the prehistory of Arabia. As far back as 10,000 years ago, Arabia had fertile soil, deep lakes and rich forest, earning the nickname “Green Arabia.”

Around this time, people from around the Mediterranean region came to the peninsula and produced various tools and weapons with names like “Part of a Horse” and “Chopper.”

A gold funerary mask, which is about 15 centimeters long, is one of the key artifacts on display in the second part of the exhibit, called “Civilization in the Oasis.” The Dilmun civilization, which is assumed to be one of the oldest civilizations in the Middle East, acted as a trade route connecting Mesopotamia with the Indus valley civilization.

Ancient cities which thrived due to incense trading, such as Tayma, Al-Ula, and Qaryat al-Faw - one of the richest cities in the region - were heavily influence by Mediterranean, especially Greek, culture. Large tombstones and monuments that decorated mosques are also displayed. A two-meter high statue of a man has been brought from King Saud University, showing the influence of Greek culture.

The town of Medina, which is known as the place where the Islamic prophet Muhammad left for Mecca to evade persecution in 622, became the cradle for Islam, attracting pilgrims from Syria, Yemen, Egypt and Iraq. What used to be a trading route for incense became a road for pilgrims. The Door of the Ka’ba, which is a massive silver-gilt wooden door, was donated by the Ottoman Sultan Murad IV, and stood at the entry to the interior of the Ka’ba. According to the descriptions of earlier Ka’ba doors, their appearance has not changed much over the centuries.

The exhibition comes to an end with “The Birth of the Kingdom of Saudi Arabia.” Relics from King Abdul Aziz, such as a Koran and a cloak he used are on display. Crafts that were used in the 19th and 20th century such as the dallah (coffee pot), and incense burners show the great handiwork of time.

The exhibition runs until August 27 at the National Museum of Korea located in Yongsan District in central Seoul. The museum is connected to exit No. 2 of Ichon Station, subway line No. 4. Tickets range from 3,000 won ($2.65) to 6,000 won. For more information, visit www.arabia-road.com.