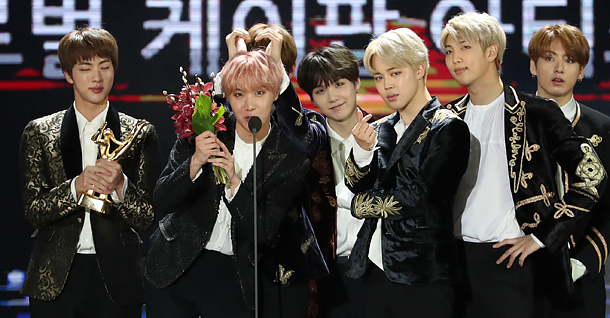 The winner will be chosen based on album and digital song sales, streaming, radio airplay, touring and social engagement for one year starting from March 18 last year, as well as the result of a global online vote by fans.

“It is a dream come true that we’ve been invited to the Billboard Music Awards where top global artists gather,” the agency quoted the group as saying. “This is all thanks to our fans around the world. We are so honored by the invitation.”