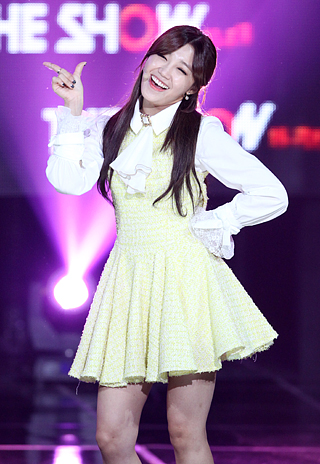 Girl group Apink’s lead singer, Jung Eun-ji, will hold a solo concert for two days in June - her first solo concert in her six year career as an artist.

The announcement was made yesterday through the girl group’s fan site and social media accounts.

Jung first mentioned the upcoming concert before the release of her second mini-album “The Space” early April. She said “I will push ahead with a live concert at a small theater.” She made good on her promise two months later, which will no doubt please her fans.

Her agency Plan A Entertainment said “Jung’s first solo concert ‘Attic’ will be a show where fans can converse with the singer.”

Apink has enjoyed success as a girl group since their debut in 2011 and Jung has also made a name for herself with her solo ventures.

She has won a number of awards for various songs from drama and film soundtracks and has also showed her acting abilities with roles in dramas “That Winter, the Wind Blows” (2013) and “Reply 1997” (2012).