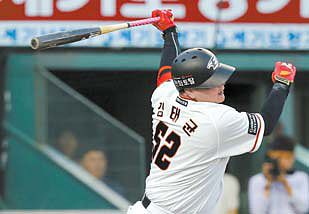 The Twins are one of the top three teams in the KBO and they are having great success with their strong catchers and pitchers and as of Wednesday, they are only 2.5 wins away from the Kia Tigers, the top team.

The Eagles are struggling, ranking second last in the KBO, but with Kim Tae-gyun, the Eagles’ fourth hitter, back to in 11 days from the futures league, things may change.

Kim was relegated to the futures’ league for a short break due to a leg injury, but now that he’s back on the Eagles’ batting line-up, the team has a chance to start climbing.The two teams will play three games over the weekend. 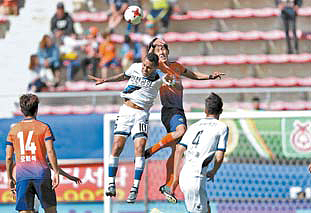 Despite the poor first quarter of the 2016-17 season, Gangwon FC hopes to make their way to the top of the K-League.

Looking at the two team’s statistics this season, Gangwon is ninth whereas Daegu is 11th, second to last. Since Gangwon lost its main striker, Jung Jo-gook, he was replaced by Diego Mauricio. But for Saturday’s game, Jung is expected to make an appearance.

Meanwhile, Daegu’s Evandro Silva Do Nascimento is likely to lead the team, as he has so far scored four goals in seven games, along with Kim Seon-min, who leads in the team’s number of assists at two. 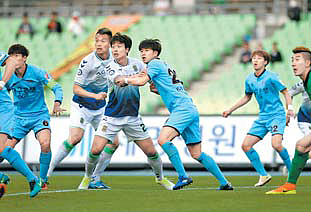 After allowing a top spot to Jeju United, losing 4-0, Jeonbuk is hunting to regain the top spot.

In Jeonbuk’s most recent game, they won against Daegu 2-0, closely chasing after Jeju. Since Jeonbuk got eliminated early from the Korean FA Cup, losing to a K-league Challenge team, their only focus is winning the K-League Classic.

Kim Shin-wook will lead the team, and has scored five goals in ten games. Kim Jin-su leads the team in overall performance, having scored two goals and recorded three assists in nine games.