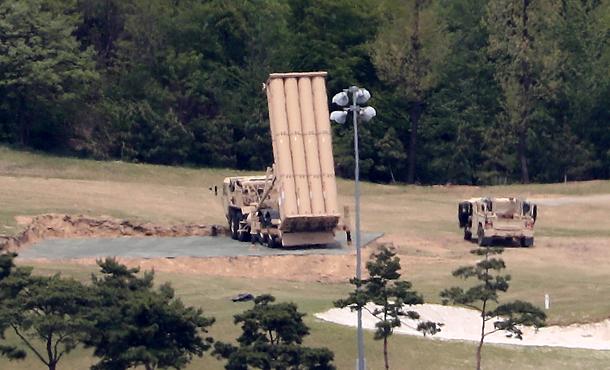 A telephone conversation between President Moon Jae-in and Chinese President Xi Jinping has initiated restoration of the Korea-China relations. One remaining challenge is the Thaad deployment. The source of the problem, which brought the relationship to the worst, remains. But, does Beijing demand that Korea retract the Thaad system? There are signs that it may not be the case.

Recently, a Chinese think tank hosted a conference in Beijing. A major figure with a military background said that the new Korean administration needs to explicitly clarify at least one of the following: Firstly, changing the radar system. Secondly, allowing China to verify the radar system. Thirdly, declaring not to join the missile defense system initiated by the United States and Japan. Fourthly, clearly stating that Thaad is not aimed at China.

It is Korea’s position that Thaad is not aimed at China, a stance that the Park Geun-hye administration had consistently and clearly stated. Then, why is the Chinese official bringing this up? An attendee explained. “After Park came to Tiananmen Gate, the Korean government acted as if it will consult China on every issue. It claimed that nothing had been decided, only to [quickly make up their minds.] Now, China thinks that the Korean government cannot be trusted.”

Q. Is there another option that China would accept other than reversing the Thaad deployment?

A. I believe there is. For example, Korea could use low-intensity radar. Korea claims that the Thaad radar has a range of 600 to 800 kilometers (372 to 497 miles) and won’t affect China. But Chinese experts say 2,000 kilometers. Korea and the United States should verify the 600-kilometer range in a way that China can trust.

Seoul proposed a meeting to explain the issue, but Beijing refused to talk.

Beijing does not fully trust Korea. A higher figure should make the proposal again. China needs a way to verify the capacity of the radar. Chinese experts think that the radar probing range may be 600 kilometers for now but could be changed to 2,000 kilometers anytime. The key is to find a solution that can assure China.

Piecing together their words, we can easily deduce the solution the Chinese experts have in mind. Then, the remaining task is finding a compromise through earnest discussion. It may not be simple, but it is not impossible. What’s more difficult is restoring the broken trust. We need to build it back up, one brick at a time. It may be slow, but we need to carefully build the relationship thinking about the long-term. It turns out that the problem is the trust, not Thaad.