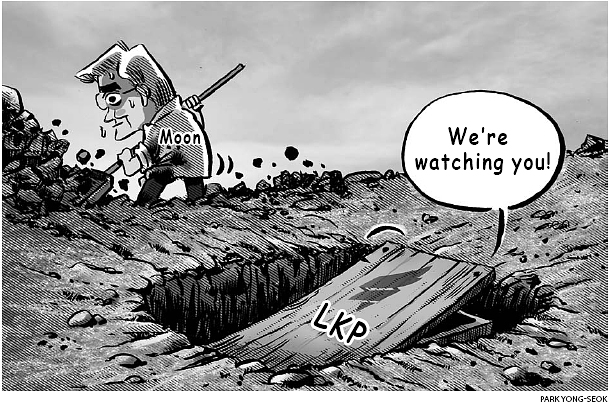 After President Moon Jae-in ordered a reinvestigation into the Sewol ferry tragedy and the abuse of power scandal under the Park Geun-hye administration, among others, all in the name of “rooting out bad practices of the past,” the opposition Liberty Korea Party (the former ruling party) criticized the move.