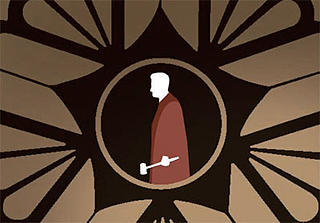 Among the plethora of tasks facing the new administration, effectively responding to the North Korean nuclear crisis and stably managing inter-Korean peace is the most important of all. From a diplomatic and security point of view, it is not an exaggeration to say there has been no diplomacy for South Korea. Since the Cold War, our security has been guaranteed by a strong military alliance and nuclear umbrella from the United States.

Most Koreans believe the national interests of the United States and South Korea are inseparable, and therefore, maintaining Korea-U.S. relations is the main goal of diplomacy. In other words, Korean diplomacy was all about understanding and faithfully following the guidelines proposed by the United States.

But Seoul-Washington relations have started to change in reality and in people’s perception. With North Korea’s fifth nuclear test in September, the world has realized the rogue state’s nuclear development is happening faster than expected. At this juncture, U.S. President Donald Trump is unpredictable and impulsive, and his hard-line policy toward the North is inconsistent. North Korean leader Kim Jong-un can only be explained with a “mad man theory.” The chicken game between Pyongyang and Washington is driving the Korean Peninsula to the brink of war.

The attempt to deploy the Thaad antimissile system in South Korea was an agreement with the Park Geun-hye administration, but it is reasonable to ask why it was necessary to make the decision behind closed doors. An agreement between the two governments is an important issue that requires the National Assembly’s approval. Thaad deployment is a crucial issue because it forces South Korea to choose between a security-oriented alliance with the United States and an economic and cultural alliance with China. And when the deployment is complete, South Korea is left with little room to make independent movements for its national interest in East Asia.

Furthermore, Trump surprised South Korea by demanding it pay for the cost of Thaad and renegotiate its free trade agreement with the United States. In other words, Trump is approaching diplomatic and security matters with a business mind-set, linking it with economic interests under his “America First” motto. We are baffled because we thought the Korea-U.S. alliance was an absolute proposition beyond short-term economic interests.

South Korea needs to become an independent player to realize its national interests in an ever-changing East Asian political order. It does not mean South Korea should think lightly of its role in the alliance as we face North Korea’s enhanced military strength, armed with nuclear weapons and missiles. It also does not mean we deny the fact that our national interests can be realized when we respect the range of America’s influence and keep the international political framework. But we should acknowledge that South Korea and the United States can have different national interests on different issues and matters and that South Korea needs to do its best to pursue its interests.

The international environment has fundamentally changed from the Cold War era as we now pursue peaceful coexistence of two Koreas. Just as Princeton University Prof. John Ikenberry once said, it is convincing that Asia’s international political order is in the process of evolving into a new form that can be characterized as “double hierarchy.” It is a new type of order with two powers, the United States and China, as co-managers and not a hegemony or power balance.

The new order allows countries caught between the two nations, such as South and North Korea, room to pursue a combination of strategies, relying on the United States for security and China for trade and investment, making alliance with both while drawing to one as needed and being defensive toward another at the same time.

Fortunately, South Korea has valuable experience attempting peaceful coexistence through the post-Cold War inter-Korean détente under Kim Dae-jung and Roh Moo-hyun. The new government must figure out the reason why their so-called Sunshine Policy could not continue and mend its drawbacks.

For South Korea to stably pursue peace-oriented North Korea policy, it is important to acknowledge that one faction, whether liberal or conservative, cannot realize peaceful coexistence on its own. The key is creating consensus. We must not be naïve when leading a nuclear-driven North Korea to peaceful coexistence. The process is extremely risky without the support of solid security. As Max Weber once said, it is like “the process of drilling a hole through a very hard piece of wood” with the conservative value of security and the liberal value of peaceful coexistence.

*The author is a professor emeritus at Korea University.