‘Godfather of Rock’ given honorary degree

‘Godfather of Rock’ given honorary degree 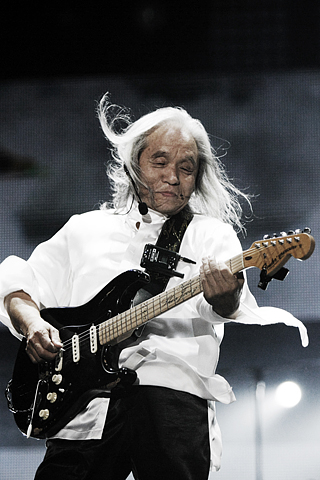 Berklee granted the degree on the grounds of Shin being a “pioneer of the rock genre” in Korea. Shin is the first Korean to receive an honorary degree from the college.

Shin is a legendary figure in Korean rock, as a guitarist, producer and singer song-writer. He is best known for pioneering the genre and forming Korea’s first rock group Add4 in 1963. In a market filled with trot music, which was popular at the time, he made a major impact through rock music.

He is most famous for “Beautiful Rivers and Mountains,” a song he wrote to oppose the dictatorship of Park Chung Hee, which is still loved by many to this day.

His son, Shin Dae-chul, is the a guitarist for historic rock band Sinawe.

The president of Berklee College of Music, Roger H. Brown, said, “Shin Joong-hyun is a musician who helped build the foundation upon which the global success of South Korean popular music rests. He embodies the integrity of the artist, willing to stand up powerful forces for his beliefs.”