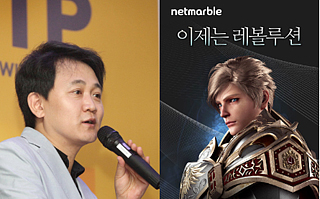 Higher education is important, however some prominent figures did not graduate from college but became successful through extraordinary effort.

LG Vice Chairman Jo Seong-jin graduated from a technical high school, joined Goldstar in 1976 and devoted his life to washing machines. Ajou University president Kim Dong-yeon graduated from a commercial high school, worked for a bank, passed the civil service exam and rose to a ministerial-level position as the director of the Office for Government Coordination.

Bang Jun-hyuk is the founder and board chairman of Netmarble Games, Korea’s largest mobile game producer. He was born to a poor family in Garibong-dong, Seoul, in 1968. When he was in elementary school, he made money by delivering newspapers to pay for his after-school classes. As the family was still struggling, he dropped out of high school in the second year. He worked for a small company, but only simple tasks were given to the middle-school graduate. But he did not give up. “I must have a dream to become successful,” he thought, and started his own business.

After much effort, he made a great success with Netmarble, which he founded in 2000 at age 32 with 100 million won ($89,000) and eight employees. The company is listed on the Kospi, and the market capitalization is 13.726 trillion won, the 21st largest. Bang’s shares are worth 3.3588 trillion won, making him the sixth biggest individual stockholder in the country.
He is the boy miracle of Garibong-dong.

The American magazine Forbes highlighted Bang. Steve Jobs, Bill Gates and Mark Zuckerberg dropped out of college, but they are not described as “high school graduates.” But the Forbes’ article on Bang is titled “High School Dropout To Billionaire Status.” Bang is a rare case in the cut-throat world of business.

He has had risky moments. When Bang left the company in 2006, the company had failed in the online game business and was in crisis. When Bang returned in 2011, he took three months to come up with a strategy to target mobile games with a goal of 1 trillion won in revenue by 2016. By targeting smartphones, he made the company an industry giant.

Bang gets ideas from books and online. He promotes employees based on competency, not their backgrounds, and values sincere communication. When a new employee asked him if he was born with a silver spoon in his mouth, he responded that his was a dirt spoon, saying, “I’ve never lived in a house I owned until I grew up.”

He stresses the value of having dreams and willpower. His success is not luck or myth. It is the outcome of focus, drive, challenge and sweat. We need other boys from Garibong-dong. A fair and just nation is one where people can succeed on competency and effort, not academic background.