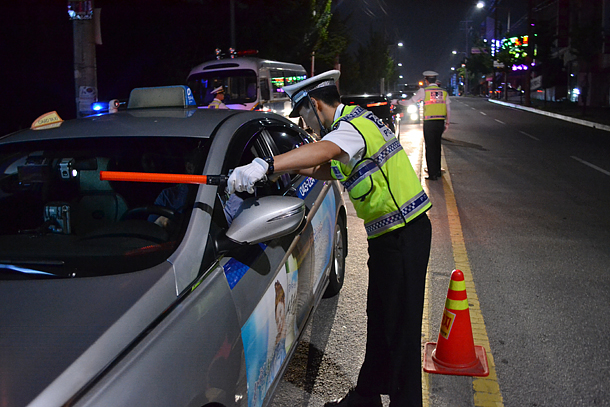 Looking for drunk drivers by blocking an eight-lane road in the middle of the night is a common sight in Korea, and it may seem efficient, but it is based on the premise that all drivers are potential drunk drivers.

Regrettably, it is not so hard to find a driver with a record of driving under the influence, even among members of the National Assembly, government officials and one of the primary candidates for the 19th presidential election.

Driving under the influence (DUI) is subject to a fine of 15 million won ($13,413) or more. But in the United States, the fine varies by state. The crackdown may not be through, but once an offender is caught, it can lead to heavy fines.

Regulations in Korea are similar to the DUI crackdown. It is the so-called positive regulation and everything not allowed by the law is prohibited. This is the typical “fishing with a net” style of regulation. The premise is that everything not allowed by the law could lead to negative consequences. Kim Jin-soo is the director at the Center for Genome Engineering at the Institute for Basic Science and a winner of the Hong Jin-ki Creativity Award.

He is the leading scientist when is comes to “genetic scissor” technology in the world. This term refers to the innovative technology that allows people to cut out defective genes and replace them, thereby potentially curing untreatable diseases. What’s more, it can be used on both animals and plants.

But since the Hwang Woo-suk incident, in which a Korean scientist fabricated his data, regulations regarding life ethics have been tightened, and there are many restrictions on clinical trials and treatments using genetic scissors.

Human embryo research is one notable case. There are more than 6,000 genetic diseases, but the Bioethics and Biosafety Act only allows embryo research into 21 diseases. Only the leftover frozen embryo after artificial insemination is allowed to be used. In contrast, the United States, the United Kingdom and China allow wider research with the consent of the donor. They have the so-called “negative regulation” to allow everything that is not prohibited by law.

Genetic scissors are considered a technology that can change the world, a true revolution in life science. It is a core technology in biotechnology, one of the leading candidates to succeed IT as the driving force of humanity. Countries around the world are engaged in fierce competition in this field.

The cost of the DUI crackdown is that we have more traffic jams and frustration, but regulations can hinder the development of science and industry and lower national competitiveness. Director Kim feels anxious. “Even if regulations are removed five, ten years later,” he says, “foreign competitors would already be established and will be far ahead of us by the time we try to do something.”

*The author is a deputy industrial news editor of the JoongAng Ilbo.