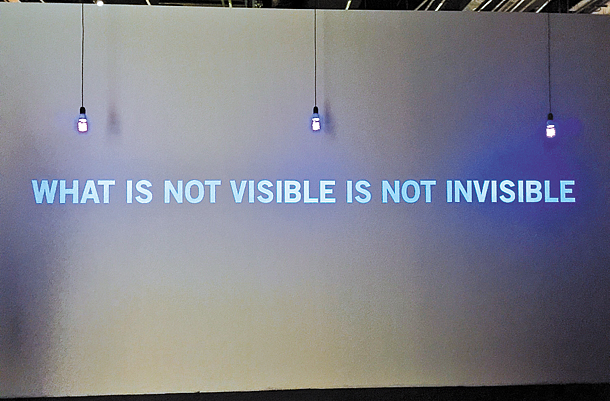 WHAT IS NOT VISIBLE IS NOT INVISIBLE

To Saturday: The exhibition features 30 art pieces from the French Regional Collections of Contemporary Art (FRAC). The title and design of the show takes inspiration from the artwork of the same name by French artist Julien Discrit, according to the curator, Laurence Gateau, director of FRAC des Pays de la Loire. The work is the text “What is not visible is not invisible,” written in ultraviolet ink with ultraviolet light. The artwork sets the premise for this show, which explores non-material contemporary art.

The exhibits include the famous 1965 installation work by the German-born New York-based conceptual artist Hans Haacke, which featured the flow of air into art with daily objects such as an electric fan and a piece of cloth.

Admission is free. Go to Cheongdam Station, line No. 7, exit 9, and walk for 10 minutes. 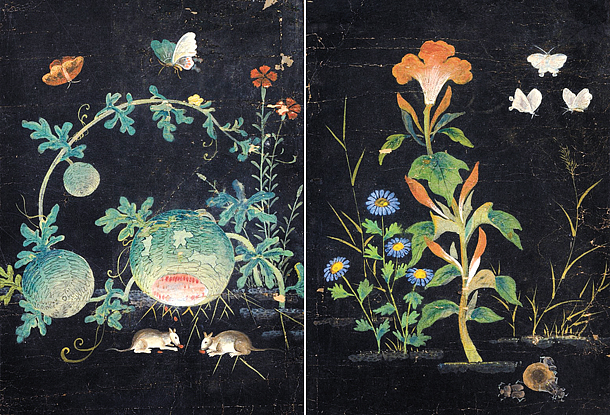 To June 11: The exhibition features the rare 16th-century Korean female painter and poet Saimdang (1504-51). The show features 15 paintings by the artist among the museum’s collection - 14 pieces of colorful chochungdo and one mungnando.

To July 2 : The exhibition features 17 artists from various parts of Asia exhibiting the region’s history as perceived and interpreted by them, on the premise that there is no single authentic history.

Some artists present history of not only the past but also the future. Among them, Korean artist Kwon Ha-youn’s “489 Years” shows an 11-minute reconstruction of the Demilitarized Zone (DMZ) in three-dimensional images. The “489 Years” refers to the estimated time required to remove all the land mines in the area in the aftermath of the 1950-53 Korean War. 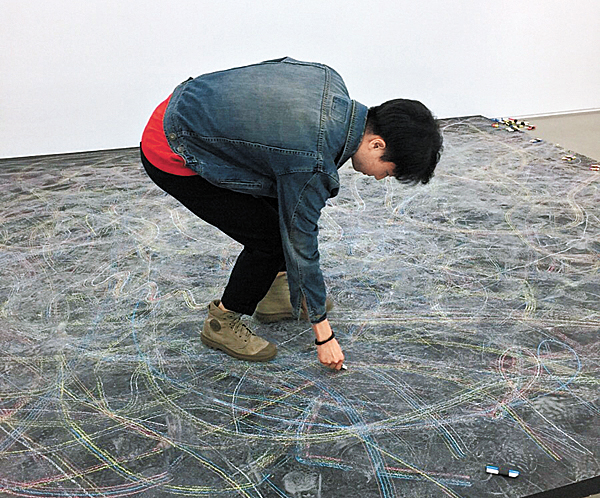 To July 9: This is a kind of do-it-yourself art exhibition, conceived by the famous Swiss curator Hans Ulrich Obrist. He developed the idea of a flexible and open-ended exhibition format, based on written instructions by artists, just like music performances based on scores by composers. For this 2017 Seoul version of the exhibition, which has traveled to more than 50 locations worldwide since 1993, not only established and emerging visual artists but also choreographers, a community of chefs, a sociologist and the general public have created works based on 44 of the 250 instructions accumulated through the exhibition’s travels.

In addition to the team of the people selected through the public invitation process, the exhibition is open to the wider public online (ilmin.org/do-it-2017-Seoul).

In particular, the exhibits include Korean modern art master Kim Whanki’s abstract painting “Dawn #3” (1964-5), which the museum purchased at K Auction’s sale in September 2016 for 1.3 billion won ($1.14 million), which is the most the museum has ever paid for a single piece of art.

The exhibit title, “Samramansang,” which means “all things and all phenomena in the universe,” was taken from a piece by Korean contemporary artist Kang Ikjoong, which is also among the exhibits.