Is plan to ban diesel feasible?

Is plan to ban diesel feasible?

During the presidential campaign, Moon Jae-in said he would implement policies intended to reduce air pollution from fine dust in Korea, an issue that emerged as one of the largest public concerns.

He pledged to oust diesel cars from the streets by 2030 to achieve his goal. Now president, he also plans to shut 10 thermal power plants that burn fossil fuel. But some analysts are skeptical whether his plan to get rid of diesel-powered cars is practical.

There were 9.17 million diesel-powered vehicles on the roads as of the end of 2016, about 42 percent of the total registered vehicles, according to the Ministry of Land, Infrastructure and Transport. From the end of 2015 to 2016, it rose 6.36 percent, the most among any type of vehicles. 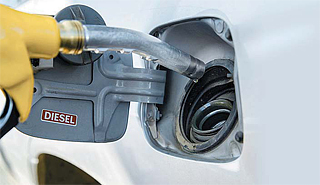 There aren’t enough diesel alternatives for consumers. Vehicles run by liquefied petroleum gas, or autogas, are considered the most plausible substitute but they are far from being eco-friendly since they emit more carbon than diesel-run vehicles. Electric vehicles are the greenest option but it is unlikely they will be commercialized widely soon due to the lack of necessary infrastructure and development in battery technology. “We are working on making batteries that could run a vehicle 400 kilometers (249 miles) or more but we will not be able to bring the cost down enough to meet the public’s needs any time soon,” said a worker at a major battery company in Korea.

There is no evidence that diesel-powered vehicles are the main culprits of the fine dust. According to the emergency protocol against air pollution that the government announced last June and July, about 28 percent of fine dust came from diesel-powered automobiles, which include construction machines and commercial trucks. “There aren’t many older models of personal diesel cars and many of them out there meet the Euro 5 or Euro 6 requirements,” said Lee Jong-su, an engineering professor at Seoul National University. Euro 5 and 6 are directives that set legal toxic emission rates in the European Union. Euro 5 was set in 2009 and 6 in 2014. “What we really need is a policy to reduce emissions from construction machines and large commercial trucks,” Lee said.

With Moon in office, concerns are already mounting among consumers that taxes on diesel-fueled cars will be raised soon. “More customers are asking whether they would end up paying more taxes if they bought diesel cars now,” said a local car dealer.

The effect of a possible tax raise, however, is a hot potato. “It’s questionable whether diesel tax would dramatically decrease the level of fine-dust pollution,” said Yoo Seung-hoon, a professor of Energy Policy at Seoul National University of Science & Technology. “It will not be easy to raise taxes on diesel since the government would have to consider the price of other fuels such as gasoline as well as overall energy policy.”