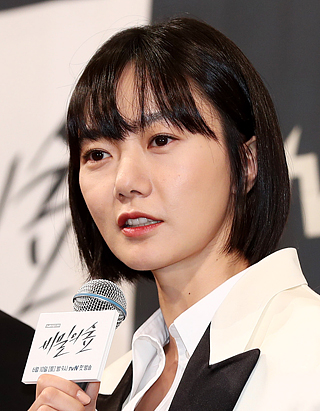 In recent years, there has been a flood of TV shows and movies that deal with corruption by prosecutors, such as “The King,” “Inside Men” and “Defendant.”

And now tvN, albeit better known for its hit fantasy-romance and time-travel dramas, is throwing out its attempt at the legal thriller genre, with a plot inspired by real life prosecutor graft scandals via “Stranger.”

“I’ve appeared in works with similar subject matter, such as ‘Inside Men,’ and this new drama is totally different,” Cho Seung-woo, star of “Stranger,” said Tuesday at a press conference held at the Imperial Palace Hotel in southern Seoul.’

Cho, who’s probably now more famous for his work in hit musicals, returns to TV for the first time in three years. He plays the cold-hearted loner prosecutor Hwang Si-mok, who joins forces with a female detective in uncovering a murder case that’s related to prosecutor corruption.

“Dare I say this is probably the first ever work that penetrates and expresses irregularities that may occur within prosecutor circles with such minute detail,” said Cho.

Cho suggested that “Stranger” is no ordinary work, a must-view TV program in respect to how it reflects the problems of society today with a level of unprecedented realism.

“It is a work that is needed in this day and age. While these works may strike the viewers as near-documentaries, I hope one day they are received as fictional fantasy works.”

Co-star Bae Doona returns to South Korean television for the first time in seven years. Recently, Bae had focused her career mostly in movies, appearing in last year’s “Tunnel” and “Jupiter Ascending” in 2015 directed by the Wachowskis.

“I wanted to return to television. I’m so glad to be working with a great cast,” said Bae, who plays Detective Han Yeo-jin in “Stranger.”