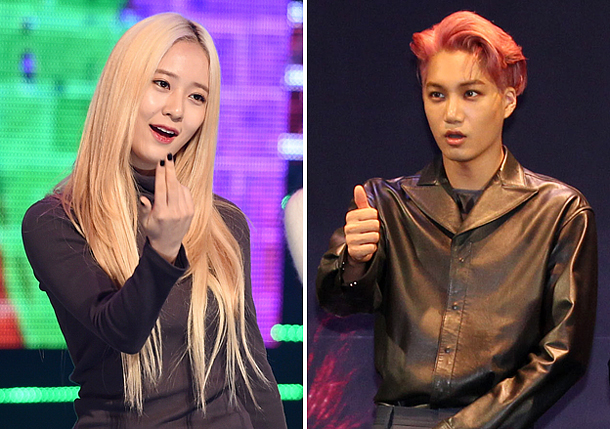 The couple known as the “S.M. couple,” f(x)’s Krystal and EXO’s member Kai, have broken up.

Rumors surfaced early yesterday that the young couple, both 23, has stopped seeing each other.

Hours after the rumors spread, S.M. Entertainment, the management company of both of the stars, officially confirmed the split, simply saying, “The two have broken up.”

The relationship, which lasted for 14 months, was confirmed in April 2016.

Both artists have kept quiet on the matter as of yesterday.

The two first met as trainees at S.M. Entertainment. Krystal debuted with f(x) in 2009, while Kai debuted with EXO in 2012.

Both artists have been busy over the past week, with EXO wrapping up their world tour in Seoul on Tuesday, and Krystal currently shooting the upcoming tvN drama “Bride of the Water God 2017.”