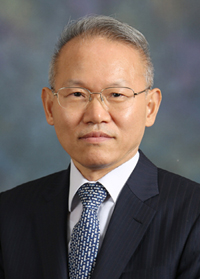 Seaport trade terminals act as “engines” for economic development by providing employment, worker incomes, business earnings, and taxes for port cities owing to today’s globalized economy. The sea also provides seafood, clean air, tourist opportunity and aesthetic beauty. In recent decades, the deepening of ports and population growth in port cities has caused the conversion of natural coastal landscapes, including deltas, estuaries, and islands, to industrial and residential areas. According to United Nations statistics, approximately half of the world's population now lives within 60 km of the sea, and three-quarters of all large cities are located along coastlines. Because marine waters are generally publicly owned, governments are responsible for managing them on behalf of the people.

When the United Nations General Assembly adopted the 2030 Agenda for Sustainable Development in 2015, it identified six Sustainable Development Goals (SDGs) relating to coastal and marine management, including: “Goal 6: Ensure availability of sustainable management and sanitation for all; Goal 11: Make cities and human settlements inclusive, safe, resilient, and sustainable; Goal 12: Ensure sustainable consumption and production patterns; Goal 13: Take urgent action to combat climate change and its impacts; Goal 14: Conserve and sustainably use the oceans, seas, and marine resources for sustainable development; and Goal 17: Strengthen the means of implementation and revitalize the global partnership for sustainable development.” But how are these goals to be achieved?

In order to ensure sustainable port development and vibrant port-city economies, waterways must be dredged regularly to maintain the designated water depth and to accommodate increasingly larger ships, sewage must be collected and treated, with proper disposal of the resulting sludge, and fish brought into port must be processed, with appropriate processing-waste removal. The management of dredged material, sewage sludge, fish waste, vessel traffic, natural organic material, carbon dioxide streams (from carbon dioxide capture processes for sequestration), and intervention in natural marine processes to counteract anthropogenic climate change (such as shoreline protection against rising sea levels) are subjects of the 1996 Protocol to the Convention on the Prevention of Marine Pollution by Dumping of Wastes and Other Matter, 1972, one of the oldest multilateral environmental treaties.

Specifically, the 1996 Protocol (London Protocol) provides a viable framework for protecting marine environments by reducing marine pollution while promoting sustainable growth of coastal cities. In contrast to the somewhat misleading use of the word “dumping” in the title, the core business of the London Protocol is finding alternative management options through a waste assessment process outlined in the “Waste Prevention Audit” of Annex 2 of the Protocol. As the past chair of the Scientific Groups (2011–2015) and the current Chair of the Meetings of Contracting Parties, I have witnessed many success stories in coastal and port cities worldwide that have employed Waste Prevention Audits. The audit characterizes waste in terms of production processes and origin, total amount, form, and toxic constituents; assesses potential effects on marine environments, plants, and animals at the disposal site; finds alternatives through open communication among relevant stakeholders and the public; and establishes a clear timetable of exit for completion. These activities are based on scientific and technical evaluation of the local conditions.

This administrative task may appear to be almost impossible for many administrations, especially in developing countries. However, recent technological and data-sharing developments including environmental-quality sensors, the internet of things, open-source data via cloud networks, and easy access to satellites and other mobile platforms (including smartphones, robots, etc.) renders formerly expensive technologies and information more accessible for coastal cities in developing countries. For example, as of 2019, the Geostationary Ocean Color Imager II of the Republic of Korea is expected to serve about 40 countries in the Asia-Pacific region, from the Russian Federation to Australia, India, and the Marshall Islands. This satellite will observe the Indian and Pacific Oceans and provide hourly daytime data for biological production at sea, as well as atmospheric weather events, at no cost to the user.

The London Protocol framework, combined with strong national political commitment, can simultaneously protect the marine environment and promote the sustainable use and conservation of marine resources by encouraging countries and communities to adopt sound marine management plans based on scientific assessment of waste streams and local environments. The manuals, guidelines, technical assistance programs, and various government submissions to the meetings of the London Protocol provide abundant resource material for administrations worldwide to achieve the UN SDG agenda for port cities. Contracting Parties to the London Protocol pledges to engage proactively with the international community. Unfortunately, a large number of countries in the Asia-Pacific region have not yet acceded to the London Protocol. Therefore, I strongly encourage those Governments who have not done so to join the London Convention as soon as possible.