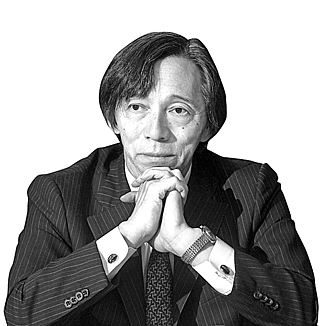 On June 1, former Japanese Ambassador to Korea Masatoshi Muto published the anti-Korean book “Fortunately, I wasn’t Born a Korean.” He was once considered a notable Korea expert, which is why I was quite surprised to learn that Muto published a book criticizing Koreans. Considering how he behaved in Korea, he seemed like a person who would defend Korea to the end, even if every Japanese spoke ill of Koreans.

Within the Japanese foreign ministry, the Korea expert group is called the “Korean school.” Until the early 1970s, the group mostly consisted of ministry workers who did not pass the foreign service examination but had experience working in Korea. But since the 70s, the foreign ministry sent one employee who passed the foreign service examination to Seoul every three to four years to train as a Korea expert. Around this time, Korea’s importance began to grow.

Muto was the first of such cases. As the Japanese foreign ministry hoped, he became deeply associated with Korea.

He worked for 12 years in Korea on five assignments, and has overseen Korean affairs in the headquarters. When he was posted as Japanese Ambassador to Korea in 2010, the Korean media welcomed him as the first ambassador from the Korean school, a man proficient in the Korean language.

He spoke in fluent Korean and got along with Korean people. When Koreans offered donations for the East Japan earthquake in 2011, he said that he felt more affection from Koreans than ever. As he left the post, he said that it was his joy to have worked with Korea closely for nearly 40 years and that he would continue to work for mutual understanding between the two countries.

Yet, after all his sweet words, Muto poured filth on Korea and Koreans in his new book. I got the book from Japan and found it appalling. The five-chapter book is full of hatred towards Korea. The first chapter is titled, “The Worst President, Who is Moon Jae-in?” followed by “Intense Anti-Japanese Storm Begins,” “Korea Isolates the Nation and its People,” “I Can’t Live in this Harsh Society,” and “Appeasement Encourages Kim Jong-un’s Violence.” He wrote that he has only met with President Moon once, but still concluded that he is the “worst president.” Even Koreans don’t really know how Moon will turn out to be.

There is a line that must not be crossed. Even in battle, there exists minimum, unspoken rules. During World War II, Germany and the United Kingdom bombed each other but did not attack university towns like Oxford, Cambridge, Heidelberg and Göttingen. There had been a tacit agreement to save the grounds of higher learning for future generations.

This minimum courtesy should be respected even when Korea-Japan relations worsen.

Of course, a diplomat can make constructive criticism on certain issues about a country he was stationed in. But it is inconceivable for a diplomat to insult the country and its people.

With this book, Muto has effectively harmed his foreign ministry colleagues, especially the Korean School members. Koreans have treated Japanese diplomats who are proficient in Korean nicely. We believed that they would have a better understanding of Korean history when compared to other Japanese. But after Muto’s betrayal, Koreans cannot show the same goodwill to future Japanese diplomats speaking fluent Korean.

I want to ask Japanese intellectuals how Korea can trust Japan when a former ambassador stabs Korea in the back instead of covering for Korea?