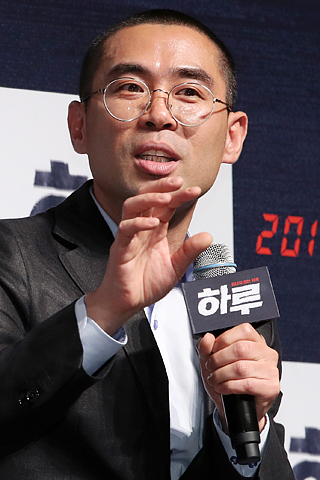 Soon-to-be-released film “A Day,” starring Kim Myung-min and Byun Yo-han, has officially been invited to the 50th Sitges Film Festival as a contender for the Best Film prize.

The Spain-based festival is the world’s leading international film festival specializing in fantasy and horror films.

Deputy Director of the Sitges International Fantastic Film Festival, Mike Hostench, said, “After seeing the flick at the Cannes Film Festival [in May], we have come to the conclusion that Cho Sun-ho’s ‘A Day’ would be a perfect contender for our film festival. I am certain that ‘A Day’ will be one of the best Asian films to be invited to the festival this year.”

Korean films have a great track record at this festival, with Yeon Sang-ho’s “Train to Busan” having received Best Director and the Infinia Award for Best Special Effects, Na Hong-jin’s “The Wailing” having received Best Cinematography and Focus Asia Award, while Park Chan-wook’s “The Handmaiden” took home the Grande Audience Award last year.