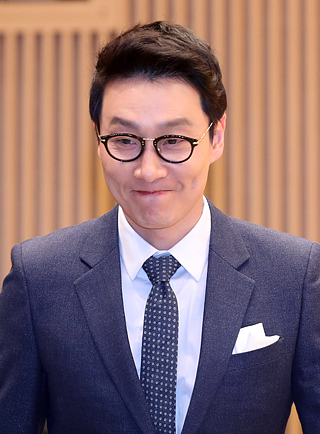 Entertainer Lee Hwi-jae, who has long been the target of internet trolls, has finally had enough after his father and children have been the subject of malicious online comments, leading him to take legal action.

A source from the entertainment industry told Ilgan Sports, an affiliate of the Korea JoongAng Daily, yesterday, that “Lee recently filed a report to the Cyber Bureau of the Korean National Police Agency. Until now, he has withstood malicious comments aimed towards him, but he deemed recent comments regarding his father too much and decided to confront the issue.”

The comments in question come after a recent episode of the KBS show “The Return of Superman” broadcast on Wednesday, which featured Lee’s father failing to recognize the entertainer or his grandchildren. Lee’s father is suffering from Alzheimer’s disease. The comments mocked not only Lee but his family members, which he has deemed unacceptable.

Celebrities have always been a target of online hatred, but recently, big name artists such as Taeyeon, Suzy and IU have all legally confronted their internet trolls.

A source from Lee’s agency, Koen Stars, said “Many people think that it is okay to [write hurtful comments about entertainers online.] Lee took legal action to help raise awareness.”