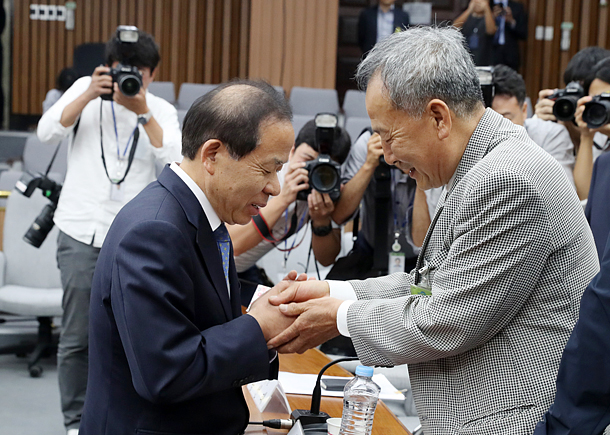 At a confirmation hearing in the National Assembly on Thursday, Kim Yi-su, left, chief justice nominee for the Constitutional Court, seeks forgiveness from Bae Yong-ju, whom Kim, as a military judge, sentenced to death on charges of running over four police officers during the 1980 Gwangju Democratization Movement. Bae drove a bus for the citizen militia to City Hall. Bae was pardoned and discharged from jail in December 1982. [YONHAP]