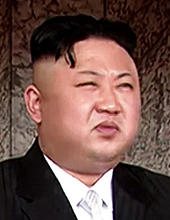 The relationship between North Korea and China is best defined through the so-called 16-character guideline, formulated in September 2001 when then-Chinese President Jiang Zemin visited Pyongyang to meet with his North Korean counterpart, Kim Jong-il. The two leaders agreed to “carry forward tradition, face the future, promote friendship and strengthen cooperation.”

Especially crucial for understanding Pyongyang-Beijing relations is the first and foremost agreement to “carry forward tradition.” Zemin’s successors, Hu Jintao and Xi Jinping, have inherited that core part of the alliance for the past 16 years. 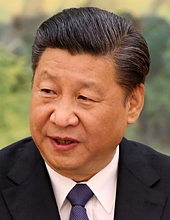 In this context, tradition refers to the anti-Japanese revolution, the Second Chinese Civil War of the late 1940s and the 1950-53 Korean War, when leaders of both countries depended on each other through these difficult times. During the Second Chinese Civil War, North Korea provided the Chinese Communist Party with tremendous military support, offering loads of weapons left behind by Japanese soldiers during Japan’s colonization of the Korean Peninsula. The assistance was a crucial boost for the Communists’ triumph over the Nationalist Party.

When Kim Il Sung and Kim Jong-il each visited China, they both were greeted by every member of the Standing Committee of the Communist Party’s Politburo, China’s top decision-making body. It was a level of protocol spared to hardly any other country.

In 1961, China and North Korea signed the Sino-North Korean Treaty of Friendship, Cooperation and Mutual Assistance, which is considered a more intimate relationship than the Strategic Cooperative Partnership sealed between China and South Korea in 2008.

But things have slightly changed in the Xi Jinping era. Unlike his predecessors, Xi does not acknowledge North Korea’s Kim Jong-un as a national leader, which infuriates Kim. They have never personally met each other. For Xi, it is hard to continue the friendly legacy when Pyongyang continues to destabilize the Asia Pacific region by test-firing missiles and detonating nuclear bombs, only to prompt Washington to send nuclear-powered aircraft carriers to waters nearby.

North Korea’s founding leader, Kim Il Sung, Kim Jong-un’s grandfather, fought side-by-side with Chinese leaders during the anti-Japanese revolution. Since his first state visit to China in June 1983, Kim Jong-il built close ties with China’s top brass. But the closest Xi has ever personally gone to North Korea’s Kim dynasty is his meeting with Kim Jong-il in August 2008, when Xi was vice president.

A sense of fear that China will no longer safeguard North Korea as it has in the past, while South Korea and the United States seem to grow closer, is what pushed Kim Jong-un to more rapidly develop the nation’s nuclear and missile program.

A North Korean diplomat this reporter met in Beijing in 2005 specifically said, “We’re so envious of South Korea. The world’s mightiest military, the U.S., has your back. We don’t have anyone. China wouldn’t protect us. Even if they do, it would only be to the extent that we aren’t destroyed.”

Beijing has always tried to convince Pyongyang to follow their footsteps and open up. In March 2003, then-Chinese Vice Premier Qian Qichen visited Pyongyang and told Kim Jong-il that China’s economic reforms immensely improved the livelihoods of Chinese. According to sources with knowledge of the discussion, Kim resentfully replied that North Korea had “completely different circumstances” from China and blamed the United States for creating tension on the Korean Peninsula.

“The economy can only improve in a peaceful environment,” Kim reportedly told Qian. “The U.S. is the reason why North Korea is deprived of that.”