‘The Mummy’ dominates in its debut weekend

‘The Mummy’ dominates in its debut weekend 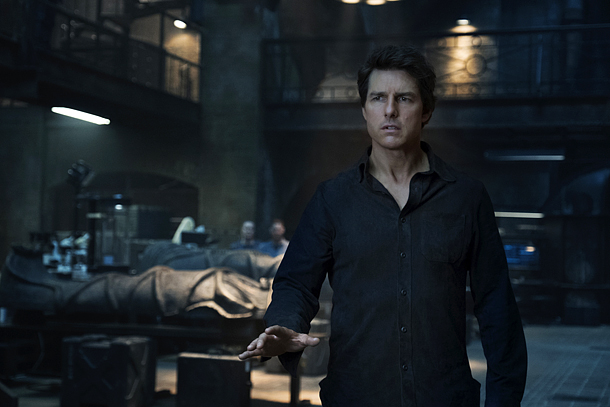 Two newcomers took the first and the second places for the weekend box office.

From Friday to Sunday, Universal Pictures’ “The Mummy” dominated the Korean box office selling 1.12 million tickets at 1,254 screens nationwide, and accounting for 51.8 percent of the entire weekend’s sales.

Despite flopping in the United States, “The Mummy” managed to break a local record for highest opening day ticket sales when it opened on June 6. The film has sold a total of 2.38 million domestically as of Sunday.

The movie stars Tom Cruise as a treasure-hunting American soldier who finds himself chosen to be the mate of Ahmanet (Sofia Boutella), a 2000-year-old demon princess who was locked away due to her murderous tendencies.

“The Mummy” is the first part of Universal Pictures’ so-called Dark Universe, which aims to resurrect malformed and misunderstood monsters of classic Universal horror movies like Dracula, Frankenstein and the Invisible Man in movies over the next few years.

At a distant second was the local female-centered action flick “The Villainess,” which was invited to the 70th Cannes Film Festival that wrapped last month.

Starring Kim Ok-bin as a Korean-Chinese killer, the action-packed movie unfolds as she gets a second lease on life after the South Korean Intelligence agency recruits her to be a sleeper agent.

The action movie sold 381,000 tickets over the weekend at 679 screens, adding to the total of 458,000 tickets since the movie hit theaters on Thursday.

Marvel’s “Wonder Woman” and Disney’s “Pirates of the Caribbean: Dean Men Tell No Tales” each dropped two spots to land at third and fourth with 240,000 and 149,000 admissions in their second and third weekend, respectively.

“Our President,” a documentary about the late president Roh Moo-hyun who committed suicide in May 2009, rounded out the top five in its third weekend with 137,000 admissions, pushing aside “Warriors of the Dawn,” 20th Century Fox’s latest production in Korea.