Stielike dismissed from head coach post after loss to Qatar

Stielike dismissed from head coach post after loss to Qatar 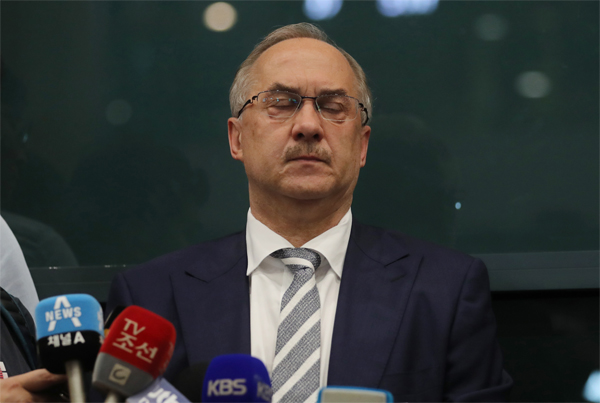 After a disappointing loss against Qatar on Tuesday, the Korean Football Association decided to dismiss Uli Stielike, head coach of the Korean national football team, from its technical committee meeting at the National Football Center in Paju on Thursday.

Stielike was the longest head coach of the Korean national football team, holding the post for 2 years and nine months, but as the team failed to perform in the final qualification matches for the 2018 FIFA World Cup, the KFA decided to end Stielike’s tenure.

Lee Yong-soo, KFA head technical director, has also announced his intention to resign from his position.

With two final qualification matches remaining, Korea will have to find a new head coach to help it qualify for its ninth entry into the FIFA World Cup.