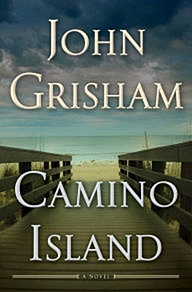 A gang of thieves stage a daring heist from a secure vault deep below Princeton University’s Firestone Library. Their loot is priceless, but Princeton has insured it for twenty-five million dollars.

Bruce Cable owns a popular bookstore in the sleepy resort town of Santa Rosa on Camino Island in Florida.

He makes his real money, though, as a prominent dealer in rare books.

Very few people know that he occasionally dabbles in the black market of stolen books and manuscripts.

Mercer Mann is a young novelist with a severe case of writer’s block who has recently been laid off from her teaching position. She is approached by an elegant, mysterious woman working for an even more mysterious company.

A generous offer of money convinces Mercer to go undercover and infiltrate Bruce Cable’s circle of literary friends, ideally getting close enough to him to learn his secrets.

But eventually Mercer learns far too much, and there’s trouble in paradise as only John Grisham can deliver it. 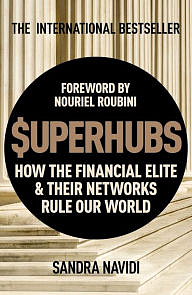 SuperHubs : How the Financial Elite and Their Networks Rule our World

SuperHubs is a rare, behind-the-scenes look at the global financial system and the powerful personal networks through which it is run, at the centre of which sit the Elites - the SuperHubs.

Combining an insider’s knowledge with principles of network science, Sandra Navidi offers a startling new perspective on how the financial system really operates.

This is the most vivid portrait to date of the global elite: the bank CEOs, fund managers, billionaire financiers and politicians who, through their interlocking relationships and collective influence are transforming the future of our financial system and, for better or worse, shaping our world. 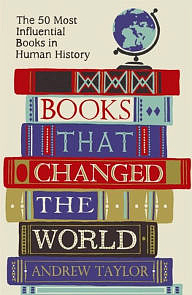 Books that Changed the World: The 50 Most Influential Books in Human History

Books That Changed the World tells the fascinating stories behind 50 books that, in ways great and small, have changed the course of human history. Andrew Taylor sets each text in its historical context and explores its wider influence and legacy. Whether he’s discussing the incandescent effect of The Qu’ran, the enduring influence of Adam Smith’s Wealth of Nations, of the way in which Uncle Tom’s Cabin by Harriet Beecher Stowe galvanized the anti-slavery movement, Taylor has written a stirring and informative testament to human ingenuity and endeavour. Ranging from The Iliad to Harry Potter and the Philosopher’s Stone, the Kama Sutra to Lady Chatterley’s Lover, this is the ultimate, thought-provoking read for book-lovers everywhere. 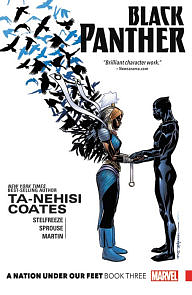 Black Panther: A Nation Under Our Feet

The full truth of the People’s revolution - and the power players supporting it has been revealed! Now, T’Challa must fight like never before for the fate of his nation - and one of his most trusted allies is back to stand by his side.

As the final battle begins, the entirety of Wakanda’s glorious history may be their most potent weapon. But even if the People fall, can the monarchy still stand?

The pieces are all in position, now it’s time for Ta-Nehisi Coates and Brian Stelfreeze to knock over the board as their revitalization of Black Panther continues!