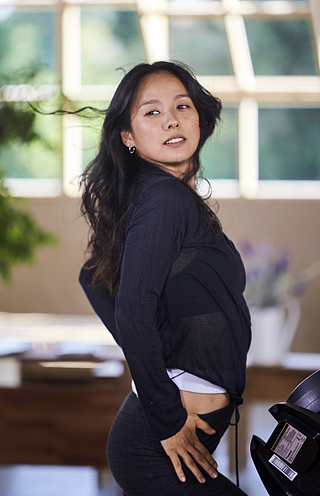 Singer Lee Hyo-ri, a former member of the disbanded girl group Fin.K.L, made an appearance on the popular variety TV show “Infinite Challenge” on Saturday.

According to Nielsen Korea, Lee’s appearance helped boost the show’s ratings by 1.6 percentage points to 12.5 percent compared to last week’s ratings. It was the show’s highest viewer ratings since January.

When asked about her appearance, Lee said she felt the need “to show myself to those who want to see me,” adding, “I felt a little scared that I will get forgotten.”

Lee put her entertainment career on a temporary halt since 2013, when she got married to music composer Lee Sang-soon. Lee will make a comeback as a singer in early July with a new album.