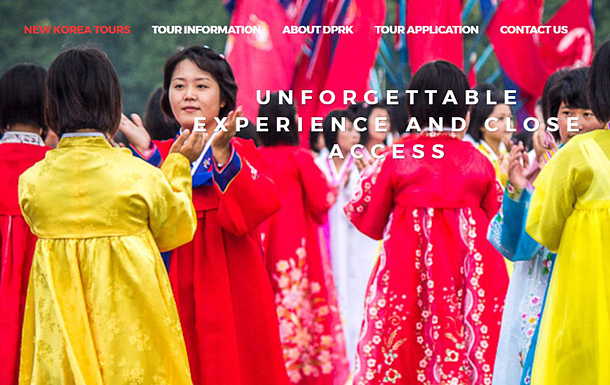 “Unforgettable Experience and Close Access.” “Journeys to another world.”

Charming pictures and inspiring phrases lure tourists. The destination is the unpredictable hermit kingdom, North Korea. American college student Otto Warmbier was detained in the North for 17 months, and he was sent back in a coma and died. The tragedy he experienced stirred many to call for travel to North Korea to be banned. However, in Europe and the United States, tour operators still advertise tours to North Korea online with enticing photos and phrases.

The number of tourists to North Korea is growing thanks to these travel agencies. An agency in Sweden, the biggest North Korea tour operator in Europe, sends about 33 tour groups a year, including one that will leave on July 6. It also offers independent tours for individuals who want to visit North Korea at any time.

After Warmbier’s tragic fate was reported, there was criticism on social media that he was wrong to visit the dangerous region. They seem to think that the American student visited a place that was hard to access. In a report on the increasing number of tourists to the North released earlier this year, a unification ministry spokesperson said that they were mostly patrons of extreme tourism.

However, the reality is quite different. It is far easier than one may think to make the trip to the hermit nation and North Korea is packaged as an expensive yet attractive destination.

I was quite surprised when I visited the Luxury Travel Conference in Singapore in November 2016. The most impressive part was not Virgin Galactic’s presentation on private space travel by a former NASA trainer. Travel industry insiders I met from around the world assured me how easy it was to visit North Korea. More than half of the dozen attendees at my table had visited North Korea. They told me how people gladly pay 1,460 euros ($1,625) for a four-day, three-night independent trip with a stay at a three-star hotel. A British man living in Hong Kong told me about his family trip to North Korea.

Travel agencies use sweet words to attract tourists to a place where safety is not guaranteed, and Otto Warmbier and his family paid a tremendously painful price. It is frustrating to see that the “unforgettable journey” continues.