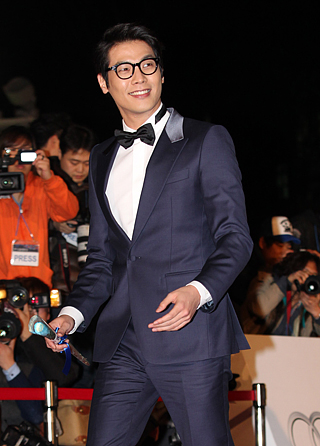 Actor Choi Daniel, who is currently serving his substitute military service as a public service worker, will receive a commendation for being a model employee.

According to a source close to Choi, the actor will receive a model public service worker commissioner’s award from the Military Manpower Administration at the Seoul Regional Office of the MMA on June 27. Choi will receive the accolade on the grounds of his sincere work ethic while working at the Korea Veterans Hospital in eastern Seoul.

Choi was deemed unfit for active military duty after he suffered an injury to his knee during a movie shoot. He started his substitute service in 2015 and is scheduled to be discharged on October 1.