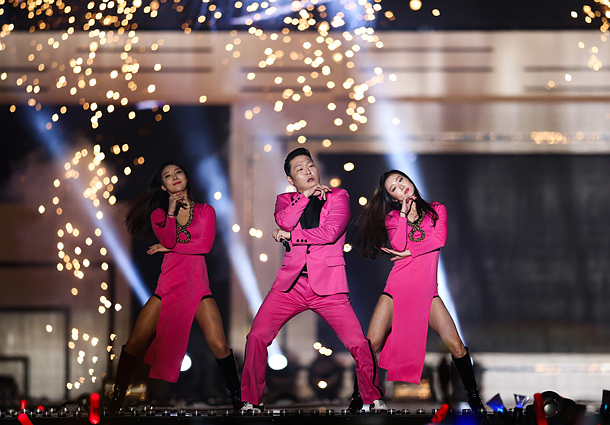 World star Psy, who recently made a comeback with a new album “4x2=8” will hold his legendary never-ending concert for two days in August. [YONHAP]

Aug. 4-5: The man behind the international hit “Gangnam Style,” is returning to perform for his fans. Psy’s show “Summer Swag” is back after a five year hiatus. He has released his 8th full-length studio album “4x2=8” in May with tracks such as “New Face” and “I Luv It.” He is also known for his international hits like “Gentleman,” “Hangover” and “Daddy.” This concert will feature huge water cannons, so concertgoers are advised not to bring valuable objects that might get wet.

He will also hold a concert in Busan on July 29 at the Busan World Cup Stadium.

June 29: Named “Artist of the Year” at the 2012 International Classical Music Awards, and as the Financial Times put it, “He makes you listen to music as if you are discovering it Eureka-style,“ the French classical pianist Jean-Efflam Bavouzet is one of the most engaging live performers of his generation, and also the winner of two BBC Music Magazine Award. A former student at Paris Conservatoire, he is the Artistic Director of the Lofoten Piano Festival in Norway.

July 3: Nominee for two Grammy Awards and known for her beautiful voice, opera singer Renee Fleming is visiting Korea for the first time in 15 years. Her performance will include popular tunes and French and Italian arias. At a White House ceremony in 2013, President Obama awarded her the National Medal of Arts, which is America’s highest honor for an individual artist. Fleming will be joined by the German pianist Harmut Hoell, who has been performing with her for over 10 years. 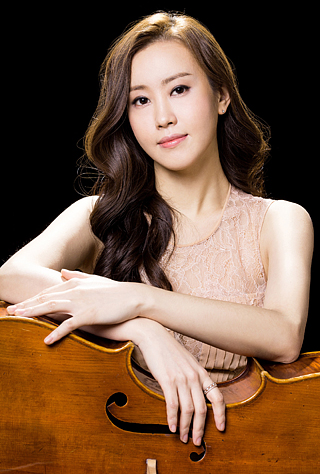 July 9: Beethoven is considered to be one of the greatest figures in the history of classical music, but to many cellists, he is more than just a composer, as it is Beethoven who had brought the instrument to the mainstream. In this recital by cellist Lee Jung-ran and pianist Yoo Yung-wook, compositions that embody Beethoven’s life will be performed. Yoo, who is often called a Beethoven specialist, is currently a professor at College of Music at Yonsei University, studied at the Julliard School of Music and is the winner of the Paloma O’shea Santander International Piano Competition.

The recital starts at 2 p.m.

The performance begins as Prince Siegfried spots a group of swans in a lake one night. One of the swans transforms into a beautiful young woman and explains that she has been cursed. At daytime, she is a swan, and at night, she turns to a young woman. The Prince falls deeply in love with the young woman, whose only way to break the curse is to fall in love with someone. 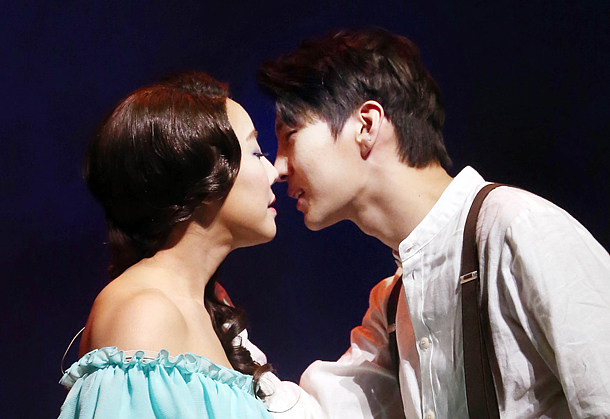 July 15: Formed in 1997, GongMyoung is a musical quartet who recreates and reconstructs traditional Korean tunes and turns them into new sounds. Since their debut, they have been well received by the public and have been invited to many international music festivals and arts events. The group consists of members Kang Sun-il, Park Seung-won, Song Kyong-keun and Lim Young-ju.

Sept. 2-3: This outdoor autumn music festival is ready to bring music to people who are fed up with their everyday routine. Along with ballad singer Gummy, known for her sorrowful voice, groups like Buzz, Autumn Vacation and 10cm will also be on stage. Powerful vocalists such as Jung Joon-il, Suran and Yun DDan DDan will also take the stage. Duos such as Seenroot and Okdal will also participate in this two-day festival near Han River.

The second line-ups were released, and include Kiha and the Faces, Hyukoh and Daybreak.

Sept. 22-24: One of the biggest electronic dance music (EDM) festivals in Asia will be hosted in Incheon. Started in Germany in 2013, its nickname is “the world’s biggest club.” It will feature the hottest stars in EDM such as Afrojack, Armin Van Buuren, DJ Snake, Steve Aoki, Martin Garrix and Robin Schulz. The lineup will continue to be updated. The event will feature seven stages and more than 150 DJs from around the world.