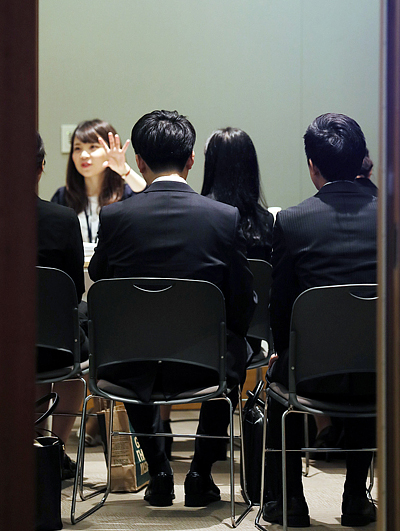 Job seekers listen to a review of a Japanese company during a job fair held at COEX in Gangnam District, southern Seoul, Friday. Some 50 major Japanese companies including the Japanese airline ANA, Sumitomo Mitsui Banking Corporation and Dai-ichi Life Insurance participated in the job fair, which was jointly organized by the Korea International Trade Association and Japan’s Mynavi. [YONHAP]