Korean citizens’ fight to bring democracy to the country

Korean citizens’ fight to bring democracy to the country 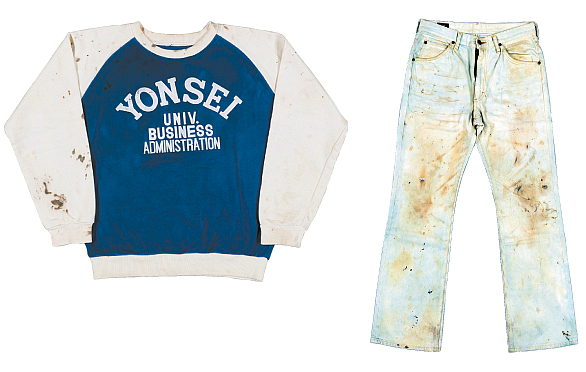 The t-shirt and pants that Lee Han-yeol, a student at Yonsei University, who participated in protests against the Chun Doo Hwan dictatorship, wore on the day he was shot. [NATIONAL MUSEUM OF KOREAN CONTEMPORARY HISTORY]

Nowadays, living in a democratic country is easy to take for granted. Just a few decades ago, things were very different from how it is now. Compared to other countries, democracy in Korea has a relatively short history, and it was only through the power and sacrifice from citizens that democracy was able to flourish. Until Sept. 3, the National Museum of Korean Contemporary History in central Seoul is holding an exhibition to commemorate this feat titled “Democracy Achieved: The Power of People.”

It will showcase about 400 pieces of documentation with photography, relics, and video clips which chronicle how Korean democracy has developed to how it is now.

It is divided into four sections, the first titled “Establish,” which begins in 1987, under the military regime of Chun Doo Hwan. A T-shirt and pants that protester Lee Han-yeol, a Yonsei University student who resisted and fought against the dictatorship, wore on the day he was shot are showcased.

“Consolidate” portrays how the democratic constitutional system was consolidated and how the foundation for socioeconomic democracy was formed. “Embrace” focuses on equality and human rights, especially of those who are considered to be minorities, such as women, kids and the socially disadvantaged.

Lastly, “Dream” portrays how democracy exists among our daily lives, whether at school, work or at home, and makes the viewers ponder what they can do for the continuous development of democracy.