Time to raise the bar

Time to raise the bar 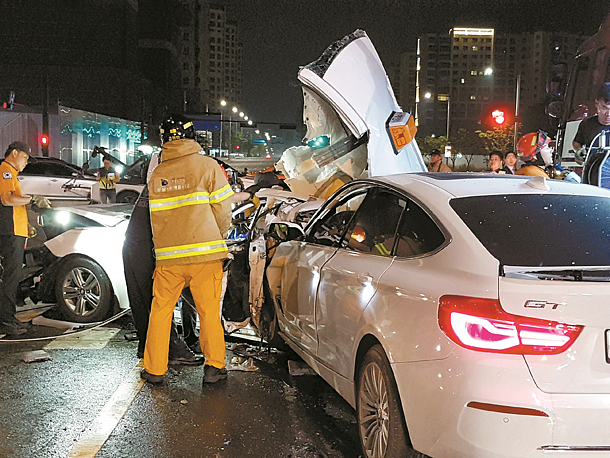 The five illegal behaviors that the Moon Jae-in administration has deemed undesirable in appointees are: a record of draft-dodging; real estate speculation; tax evasion; fake address registration; and plagiarism. Drunk driving is not one of them.

A DUI record is apparently not a reason to exclude someone from being nominated for high-ranking positions. It shows how the government and society are tolerant toward driving drunk. Last month, Justice Minister nominee Ahn Kyong-whan withdrew not because of a DUI but due to the marriage registration controversy.

Past administrations were more generous to officials with histories of DUI charges. In the Park Geun-hye administration, then-Deputy Police Commissioner Lee Chul-sung, who has a record of driving drunk, was promoted to police commissioner, heading the authorities that crack down on drunk driving. Culture Minister nominee Joung Sung-keun withdrew not because of a DUI but for perjury at the confirmation hearing. In the Lee Myung-bak administration, Lee Jae-hoon, the nominee for minister of knowledge economy, had a DUI record but real estate speculation was the cause for his withdrawal.

Tolerance for drunk driving among high-level officials could make people think lightly of DUIs. Lack of awareness of this problem must affect the prevalence of drunk driving, with one in ten traffic accidents associated with DUIs.

We must acknowledge that drunk driving is not a mistake but a murderous act of willful negligence. Attorney Han Moon-chul, who specializes in traffic accidents, asks, “If a father was killed in a drunk driving accident on the way home from work at night, how is it different from a random killing?”

A reader criticized the confirmation hearing that took drunk driving issues lightly and said that driving under intoxication is like wielding a weapon on the street. Another reader argued that the DUI charges of government officials should not be taken lightly.

I met with the families of victims of drunk driving accidents, and they said that they are devastated to learn of the DUI records of high level officials. They ask that the verification criteria are strengthened to prevent those with records from serving in public office.