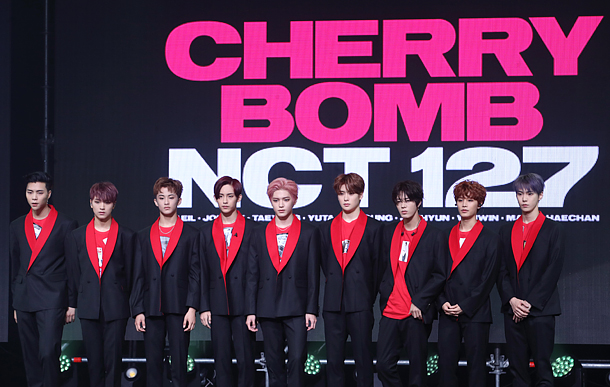 Mega label S.M. Entertainment’s newest boy group, NCT 127, have caught the eye of big-name American music media including Billboard and Fuse, who have both written about the group’s rising popularity.

On Thursday, Fuse TV posted a piece titled “NCT 127 Talk ‘Cherry Bomb’ Success & Their NYC Takeover At KCON 2017” on their homepage. The piece went on to predict that the group is, “on their way to not only proving how they can be a success, but that even the most unique K-pop acts can make inroads in America with hard determination and impressive performances.”