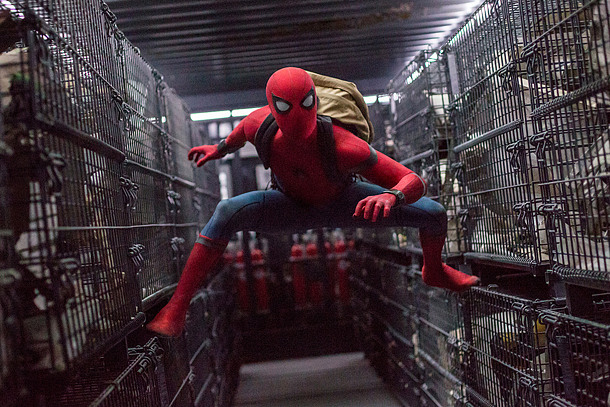 The superhero movie, which kicks off the third “Spider-Man” iteration in the last 15 years, sold 1.09 million tickets on Saturday alone, the best one-day performance in Korea this year.

Possibly boosted by a visit to Seoul by the “Homecoming” stars last week, the film has so far sold 3.56 million tickets since it dropped on Wednesday.

For “Homecoming,” the studio returned to Spider-Man’s teenage roots. Critics and audiences responded, with many calling Watts’ iteration one of the best Spider-Man films.

Those ingredients, along with a marketing effort that appealed to young moviegoers, pushed “Homecoming” to the best “Spider-Man” debut in North America since 2007’s “Spider-Man 3.” The film, made for about $175 million, opened with an estimated $117 million and also grossed $140 million internationally over the weekend.

“It’s a triumphant return for Spider-Man,” said Josh Greenstein, Sony Pictures’ president of worldwide marketing and distribution. “It’s an incredible win for Sony, for our partners at Marvel and Kevin Feige and Amy Pascal, who produced it.”

“Even though there have been other Spider-Man movies, this film feels fresh and new and different and special, and I think that’s what’s really resonating with audiences right now,” added Greenstein.

Sony has struggled in the years since the infamous cyber hack of 2014, after which Tom Rothman eventually replaced Pascal as studio chief. (Pascal has since turned to producing, including this and future “Spider-Man” installments.)

But now, Sony has arguably the two biggest hits in the land: one a smartly recycled franchise, the other a quick and quirky original. Edgar Wright’s acclaimed action-musical “Baby Driver,” which slid to 38 percent to land at third with $12.8 million in its second week in North America. The movie, which cost $34 million to produce, has already earned $56.9 million in North America, which was followed by last week’s top film, “Despicable Me 3.”

Sony’s smartest move on “Spider-Man: Homecoming” might have been deciding to bring it into the Marvel fold.

“Nobody knows Marvel better than Marvel,” said Paul Dergarabedian, senior media analyst for comScore. “They really understand the mythology of these characters, the legacy of these characters, and Spider-Man is one of the crown jewels of the superhero world. No way was Sony ever going to give up on Spider-Man. So what do they do? They collaborate more closely with Marvel, and it paid off handsomely this weekend.”

At distant second in the Korean box office was local period epic “Anarchist from Colony.” Directed by Lee Joon-ik and starring Lee Je-hoon and Choi Hee-seo, last weekend’s top film sold 328,100 tickets in its second weekend, bringing its total to 1.8 million. It revolves around an independence fighter named Park Yeol (Lee) and his lover Fumiko Kaneko (Choi), a Japanese anarchist.

“Transformers: The Last Knight” still proved to work for Korean audiences and arrived in third during its third weekend. The movie, which was met by lackluster reviews from critics, sold 69,600 admissions from Friday to Sunday, leading to a total of 2.57 million.

Netflix-backed and Bong Joon-ho-directed “Okja” remained in the fourth spot with 52,700 tickets, leading to a total of 215,000 admissions since it dropped on June 29.