Kolon to start sales of gene therapy for knees

Kolon to start sales of gene therapy for knees 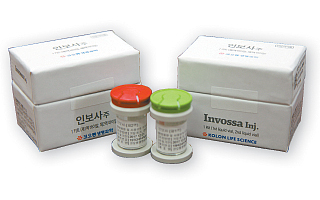 The world’s first gene therapy for osteoarthritis from a Korean drug developer was cleared by the Ministry of Food and Drug Safety for local sale on Wednesday.

Kolon announced the green light for sales of Invossa K injection on Wednesday.

“The success with Invossa is the fruit of our persistent investment, efforts and waiting for 19 years and it will serve as a milestone for the country’s bio industry,” said Lee Woo-suk, CEO of Kolon Life Science, in a statement.

Invossa, an intra-articular injection, is classified as gene therapy, a realm for a number of diseases. Instead of drugs or surgery, genetic material is inserted into a patient’s cells to treat a disease by compensating for abnormal genes or making a beneficial protein.

The drug will be renamed with different suffixes depending on the market. K stands for Korea and JP for Japan.

Following the Korean government’s approval, patients classified a Kellgren & Lawrence grade 3, who suffer persistent pain even after taking other medicine and physical therapy, will be prescribed Invossa.

Kellgren & Lawrence refers to a system that classifies the severity of knee osteoarthritis in four grades. The higher the grade, the greater the pain. Patients in higher or lower grades won’t be prescribed this medicine.

Clinical tests in Korea have shown that effects from a single shot of Invossa lasted for a year. Eighty-four percent of patients who were injected with the new drug had pain reduced in the phase 3 clinical test in Korea, according to Kolon. In the phase 2 clinical test in the United States, 88 percent of the patients saw the effects sustained for up to two years. Phase 3 trials are set to take place in the United States in the near future.

Kolon plans to prove the drug’s additional effect - cartilage regeneration - on 1,020 patients over two years. Successful completion of the last phase will allow Kolon to file an application for sales with the U.S. Food and Drug Administration.

Different countries must conduct clinical tests before sales can be allowed by local authorities.

Whereas phase 2 clinical trials usually have 30 to 120 people assigned to several possible treatments, phase 3 - the final round - is performed on a large number of patients from 300 to several thousands to ensure the treatment is better than standard treatment and has fewer side effects.

Kolon Life Science claims Invossa is the first osteoarthritis treatment that proved effective in more than 80 percent of patients and expressed hope that the treatment could ease the pains of the elderly in a rapidly aging society like Korea.

The company signed a 500 billion won ($437 million) contract with Japan’s MitsubishiTanabe Pharma last November under which the Japanese company was allowed the exclusive right to procede with clinical tests and sell the drug.

Kolon is also in talks with Chinese companies for exports, according to a Kolon spokeswoman.