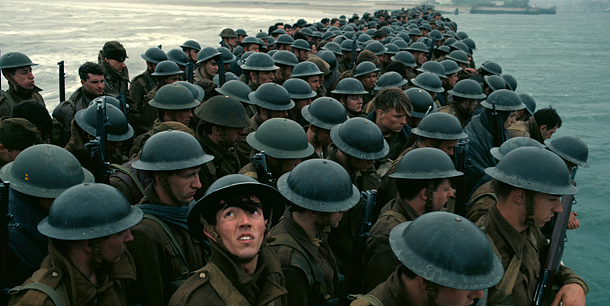 This war drama directed by the acclaimed auteur Christopher Nolan is set in World War II, and is about the evacuation of Allied troops from the city of Dunkirk, northern France, during the Battle of France. The battle was fought between the Allies and Nazi Germany in 1940, when Nazi Germany had almost reached the coast of France. Surrounded by the German army, the alllied forces of Britian, Belgium, Canada and France make their final stand.

Known for his apt ability to reconstruct time and space in his films, such as in “Inception” and “Interstellar,” this film is edited in a way that is portrayed from three perspectives - the land, sea and air - which highlights every detail. Boasting a star-studded cast, including Cillian Murphy, Tom Hardy, Harry Styles and Kenneth Branagh, the film also features the original ships that took part in the real Dunkirk evacuation.

Some people are curious enough to wonder what their obituary would look like after their death, but only a few people, like Harriet, would actually hire someone to write their own obituary.

Harriet, played by Shirley MacLaine, has retired from an advertising agency, and is the type of person who wants to control every little thing around her life - even her own obituary. She wants her life story to be told in her way, so she personally hires someone to write her obituary. She hires a young journalist from a local newspaper, Anne, played by Amanda Seyfried, to write down her life’s journey.

Anne sets out to interview the people who were close to Harriet, but finds out that no one has anything good to say about her: In other words, she “puts the bitch in obituary.” Since the rough draft doesn’t suit Harriet’s expectations, she sets out to make it into what she wants.

As Harriet and Anne work together, they discover more about each other, and share their interests in music and DJing. At the end of the journey, the two women grow a special bond and develop a life-altering companionship they didn’t expect.

It’s every beachgoer’s nightmare to be face-to-face with a shark, but it is even more terrifying when you are stuck in a shark cage 47 meters down in the deep, bleak ocean, with only 20 minutes left in your oxygen tank, and no ability to communicate.

Lisa, played by Mandy Moore, and Kate (Claire Holt), are enjoying their peaceful vacation at a sunny beach in Mexico. Lisa, who was dumped by her boyfriend just before the trip because she is too “boring,” is invited by her sister to do something exciting: They try out an extreme sport that involves going inside a cage to see sharks up-close underwater.

Lisa is initially skeptical to do it, as the boat owned by Captain Taylor, played by Matthew Modine, looks run-down and rusty, but eventually Kate coaxes her into going underwater.

At first, they are enjoying the exotic feeling of being underwater and admiring the ocean life. However, the cage Lisa and Kate is in plunges down 47 meters due to an unidentifiable accident. In the shark cage, which is surrounded by vicious looking sharks, the two women are left with only 20 minutes in their oxygen tank. Even worse, they cannot seem to contact the surface as they are out of radio range. Will the two sisters make it out of the water alive? 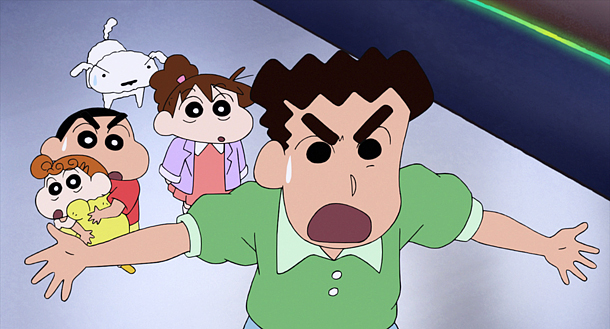 Directed by Masakazu Hashimoto, this animated film is the 25th installment of the popular Japanese comedy manga and anime series “Crayon Shin-chan.” One day, the Nohara family encounters a mysterious UFO from outer space, named Shiriri, after it lands in their house.

Shiriri fires a ray, which hits Misae and Hiroshi, and it makes them look 25 years younger. To go back to their original bodies, they must search for Shiriri’s father, who is living somewhere in Japan. However, it is not easy to contact Shiriri’s father, and a conspiracy spreads about aliens attacking humans. With Shiriri wreaking havoc to more and more people, who can stop it?

An award-winner at the 7th DMZ International Documentary Film Festival, this documentary is directed by female director Lee Young and reflects the persecution and hatred that LGBT people face, as seen through the eyes of a lesbian filmmaker.

Lee Young founded the documentary filmmaking group WOM DOCS in 2001, and most of her films shed light on issues that are easily disregarded and treated as invisible. Her previous film, “OUT: Smashing Homophobia Project” (2007), was invited to the Human Rights Film Festival in Seoul and also to the Seoul International Women’s Film Festival.

Born in 1945, the 70-year-old Lee Muk lives in her hometown of Yeosu, and while in Seoul, uses the name Kim Seung-woo.

This documentary also portrays a Japanese lesbian couple name Ten and Non, who are living lives similar to Lee. They are doing research on earlier generations of lesbians in Korea.

Meanwhile, in the current Korean society, voices to protect sexual minorities are rising, but at the same time, there are also those who view them negatively. With lesbians becoming the targets of witch hunts, the identities of “haters” are slowly being revealed. 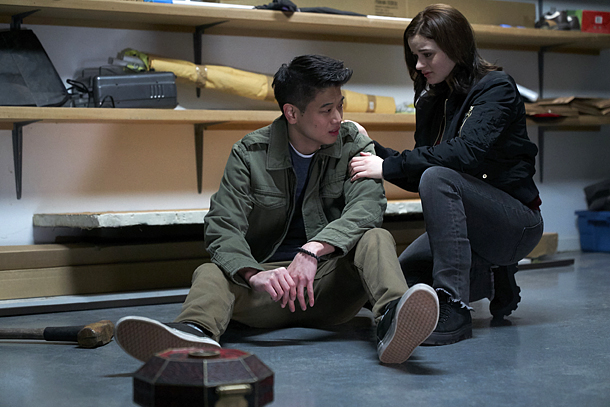 Directed by the acclaimed horror movie director John R. Leonetti, who also directed “Annabelle” (2014) and took part in the 2010’s “Insidious” and “Insidious: Chapter 2” (2013), this upcoming supernatural film features a music box instead of a doll as the object of horror.

The 17-year-old Clare Shannon, played by Joey King, is going through life as an ordinary high school student with her friends - Meredith, played Sydney Park, and June, played by Shannon Purser.

One day, she gets happy when she receives a mysterious music box from her father, with the words inscribed on it saying that it grants the owner seven wishes. At first, she wishes for popularity, money and a dreamy boyfriend. However, after only a few days, people close to her start to die in unusual ways. 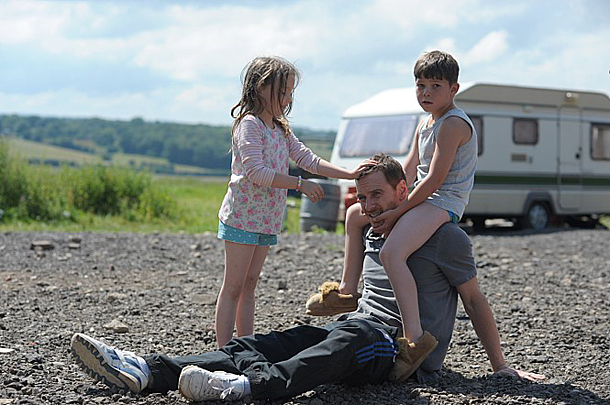 Directed by Adam Smith, who was the director of multiple episodes in season one of the British teen drama “Skins,” this film, which was invited to the Toronto International Film Festival, revolves around the rowdy Cutler family, whose members live in their own spot in Britain’s rich countryside. This infamous family of professional criminals usually spend their time planning out their next crime, raiding country estates and mocking the police.

Chad, played by Michael Fassbender, is the leader of the outlaws, and lives free from the law. However, he wants his son, Tyson, to live a happy, normal life. Meanwhile, Chad’s father, played by Brendan Gleeson, does not want his grandson to live a different life, but would rather see him stick to old traditions and abide by the archaic principles of their family.

Chad fights to protect his son, and tries to escape from his overbearing father to secure a better future. Then one day, a huge theft occurs in the middle of the town and Tyson goes missing. The police think it is Chad who is behind this incident. Will Chad be able to prove that he doesn’t want to live up to his family’s name?