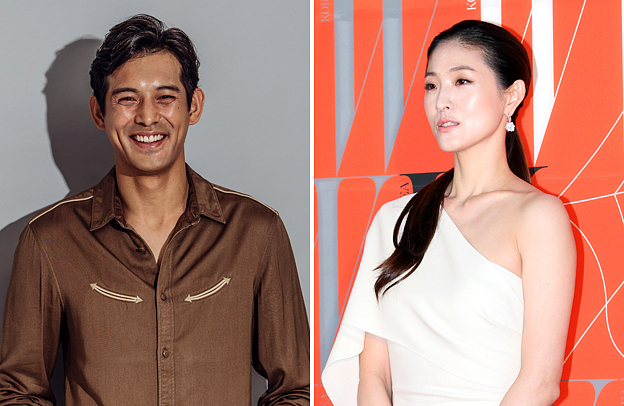 Two stars in their respective fields are meeting up on stage this October. Actor Oh Ji-ho, best known as a television actor and ballerina Kim Joo-won will star in the upcoming play, “L’appartement” at the LG Arts Center.

This is the first time that both the actor and the ballerina will be participating in a play. Oh will play protagonist Max, who runs into traces of his former girlfriend while attempting to buy an engagement ring for his new lover. Ballerina Kim, who was previously the principal dancer at the Korea National Ballet, will play the former partner named Lisa.

As for the supporting cast, Kim So-jin, who has played roles in the movie “The King” and the play “Closer” has been cast, while Jang So-yeon, who made a name for herself by appearing in 2016 hit movie “The Wailing,” will play Max’s fiancee.

Famed theater director Ko Sun-woong, who directed the very successful “The Orphan of Zhao” earlier this year, will take the helm. He acquired the license for the play after being mesmerized by the plot.

“L’appartement” will run from October 18 until November 5 at the LG Arts Center. Tickets will go on sale starting on Friday.