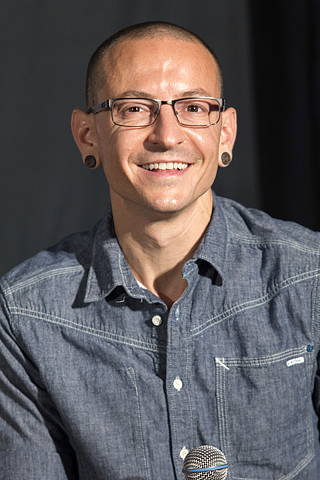 LOS ANGELES - Linkin Park lead singer Chester Bennington, whose screeching vocals helped the rock-rap band become one of the most commercially successful acts in the 2000s, was found dead in his home near Los Angeles on Thursday, the Los Angeles County coroner said. He was 41.

Coroner spokesman Brian Elias said authorities are investigating Bennington’s death as an apparent suicide at Palos Verdes Estates, but no additional details are available. Band co-founder and producer Mike Shinoda said on Twitter he was “shocked and saddened.” “Chester Bennington was an artist of extraordinary talent and charisma, and a human being with a huge heart and a caring soul. Our thoughts and prayers are with his beautiful family, his band-mates and his many friends,” Warner Bros. Records CEO and Chairman Cameron Stang said in a statement.

The Grammy Award-winning group sold more than 10 million copies of their 2000 debut, “Hybrid Theory,” which featured the megahit and anthem, “In the End.” They sold another 6 million with 2003’s multiplatinum “Meteora.” Both albums explored feelings of frustration and fury. The success helped Linkin Park become Billboard’s No. 1 act of the decade for rock songs and alternative songs. Bennington’s voice could soar with piercing strength or descend to a whisper. Rolling Stone once called it a “shrapnel-laced howl that sounds like it comes from someone twice his size.”

The band also sold millions with its remix album, “Reanimation,” and its mash-up record with Jay-Z, “Collision Course.” They won Grammys for best hard rock performance in 2001 for “Crawling” and best rap/sung collaboration for “Numb/Encore” in 2005.

Linkin Park was scheduled to begin its tour next week. Bennington struggled with drug and alcohol addictions at various times during his life.

Linkin Park released their most recent album, “One More Light,” in May. It was a CD that divided critics and fans alike for its embrace of moody pop.

Bennington was married to his second wife, Talinda, and is survived by six children.