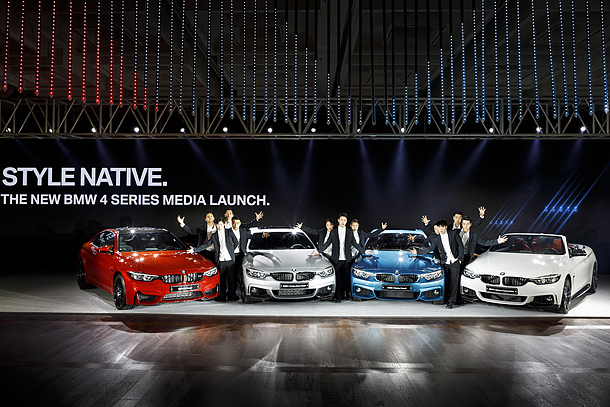 BMW Korea unveiled its partial overhaul of the 4 Series on Friday at the Hilton Hotel in Busan. The coupe-style series, which is going through its first facelift since launching in 2014, has five models under its roof, including the Coupe, Convertible, Gran Coupe, M4 Coupe and M4 Convertible. The basic trim of the 4 Series coupe starts from 58 million won ($51,700).[BMW KOREA]