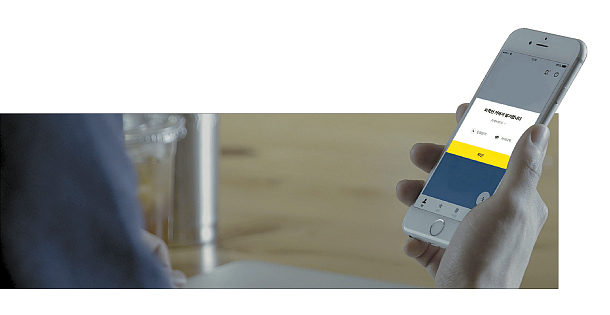 A notice saying that the Kakao Bank service is not available for foreign clients appears on a smartphone. [SCREEN CAPTURE]

The rise of internet-only banks, the latest being Kakao Bank, allows customers to open an account straight from their mobile phones. The benefit of such a convenient service, however, is less than universal at the moment, as foreigners residing in Korea are restricted from making accounts through the so-called “non-face-to-face” process.

Before Kakao Bank launched last week it promoted low-cost international money transfers as one of the key features of its service. This means foreigners residing in Korea - many of whom use international banking services regularly - could have been one of the main beneficiaries. But it turns out some 2 million foreigners here are completely ostracized from the bank’s service, even those residents who have regular jobs.

Foreign residents were reportedly blocked by a message that said they were restricted from creating accounts with Kakao Bank. “It’s the only Korean bank that I know of that I’m not allowed to use,” said a foreign national married to a Korean. He was unable to get through to the bank’s customer service using both the messenger and phone service.

“It’s not possible to use an alien registration card for identification purposes under the current guidelines,” explained a Kakao Bank spokesperson. “In the case of passports, non-face-to-face identity verification is not available in Korea yet, making it impossible for us to confirm a person just from his or her passport.”

A spokesperson for Korea’s other internet-only bank, K bank, confirmed that they were also unable to offer their service to foreigners because of the lack of verification systems.

“It is possible to use passports to confirm one’s identity when creating a non-face-to-face account,” explained an FSC spokesperson. “However, it is up to each individual financial institution to choose to do so.”

Others in the industry, however, pointed out that while companies may be permitted to use passports for identification purposes, there’s no actual system in place to confirm authenticity.

“At the moment, it isn’t possible to confirm the authenticity of a passport,” explained a source from a major commercial bank in Korea. “For foreigners, this is something that might involve international cooperation, but technically, we haven’t been able to figure out a way to check whether a passport is real or fake.”

“A driver’s license and government issued identification card [for Koreans] are the only ways that we can confirm authenticity,” the source said. “And it’s not possible to confirm the authenticity of a passport, which is why it’s understandable that financial institutions don’t use them in a non-face-to-face process.”

Foreigners are not the only ones struggling to use Kakao Bank. With more than 1 million accounts created since the bank opened last Thursday, customers have been struggling to get any response from the busy customer service staff.

One customer, who repeatedly sent messages to Kakao Bank’s messenger-based customer service every day since Thursday, said all he received over the past five days was a message of apology for the delay.

In the five days since it opened, Kakao Bank has received about 344 billion won ($306.5 million) in deposits and issued 323 billion won in loans.

Market analysts credit the bank’s link to Kakao Talk, the most popular messaging application in Korea, as its main customer-attracting feature.