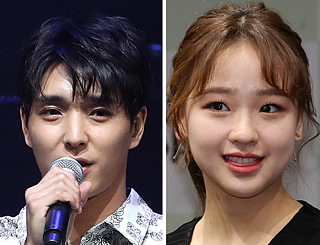 “It’s been two weeks since they broke up,” FNC Entertainment, which manages the five-member boy band, said in a statement.

“It’s natural for men and women to meet and break up. I will become a more natural Choi Jong-hoon,” the singer said during a meeting with the band’s Japanese fans, confirming the news.

The agency said the two people seemed to have separated from each other shortly after Choi talked about Son during the filming of a TV variety show.

Son, one of the country’s most visible athletes, won the individual all-around bronze at the Guangzhou Asian Games in 2010 and gold at the 2014 Asian Games in Incheon, South Korea. On March 4, the 23-year-old announced her retirement from the sport.