CLC hopes to top the charts with ‘90s sound

CLC hopes to top the charts with ‘90s sound 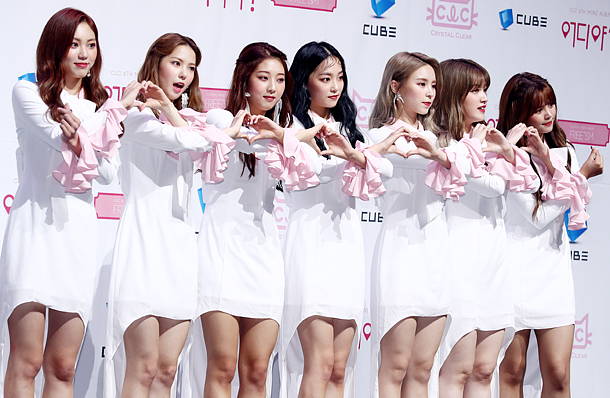 The new record includes “Where Are You,” a mid-tempo synthesizer R&B ballad that is a throwback to first-generation K-pop acts.

The title “Free’sm,” a wordplay on the words “prism” and “free,” was created by Eunbin, the youngest member and a former contestant on “Produce 101,” an idol audition program.

“During interviews, I always likened the band to a prism,” she said. She also wanted to add the notion of artistic freedom to the name.

With BEAST and 4Minute gone, CLC is now one of the main focuses of Cube Entertainment.

Though it is still hard to argue that its name recognition is on par with peer groups Twice or GFriend, CLC boasts of a good team spirit and morale.

“We tried to prepare our comeback with perfection, as many singers releasing songs in August. It’s an honor to have a chance to stand together with fellow stars,” said leader Seungyeon.

Eunbin was more up front with her desire. “This is something that we have always wished for. We want to rise to the level of bands that become candidates for No. 1 spots on TV music shows,” she said.