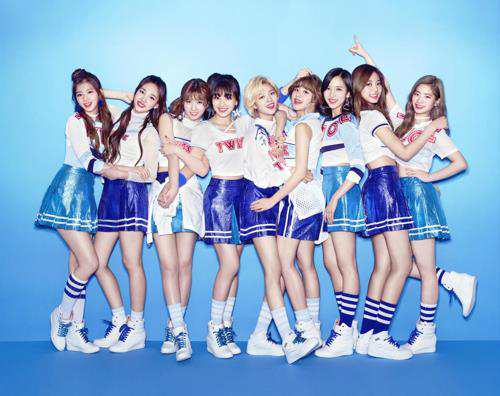 “#TWICE” has sold over 260,000 copies since its release on June 28 and has been certified “Platinum” by the Recording Industry Association of Japan, according to JYP Entertainment.

Platinum certification is given to records with sales of over 250,000.

Twice is the first-ever Korean artist to be certified Platinum in Japan.

Starting with their debut song “Ooh-Ahh,” Twice has had five consecutive No. 1 tracks - the others being “Cheer Up,” “TT,” “Knock Knock” and its most recent hit track “Signal” - at home.