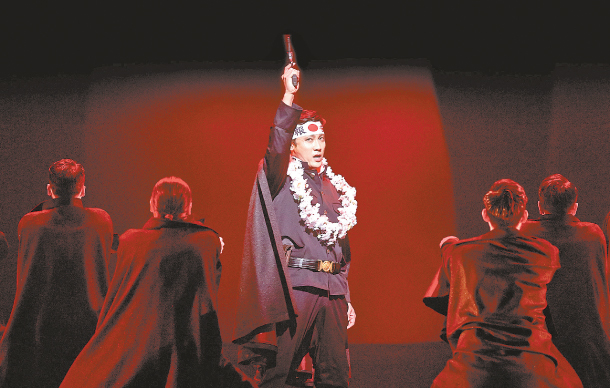 Events have been organized to celebrate Korea’s liberation from the Japanese 72 years ago. The musical “Arirang” depicts the resistance and the struggles faced by those who suffered under the Japanese colonization of Korea. It is currently being staged at the Opera Theater of the Seoul Arts Center. [SEENSEE]

Today marks the 72nd anniversary of Korea’s independence from Japan. For those looking to celebrate the national holiday through music and performances, numerous events have been organized for free throughout the city, ranging from classical music concerts in Gwanghwamun Square to plays staged inside the Seodaemun Prison History Hall. 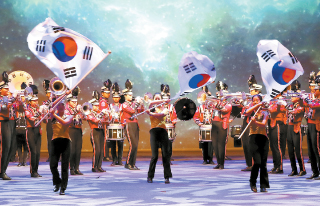 Every year, the Sejong Center for the Performing Arts in central Seoul hosts the Liberation Day Celebration Ceremony. This year’s ceremony begins at 10 a.m. and President Moon Jae-in will deliver a message. [YONHAP]

Since 2005, the Seoul Philharmonic Orchestra (SPO) has been staging a celebratory concert each Aug. 15 either inside the Sejong Center for the Performing Arts or in Gwanghwamun Square. This year’s program includes a performance of “Arirang,” the national folk song commonly performed to express patriotism on such occasions.

They will also perform a samulnori, which is a traditional Korean percussion performance, titled “Madang,” composed by Kang Jun-il for orchestra. The concert starts at 8 p.m. in Gwanghwamun Square and seats will be available for 10,000 people. Prior to the concert, there will be a choir performance at 7 p.m., presented by the 416 Family Chorus and the Seoul Metropolitan Junior Chorus. 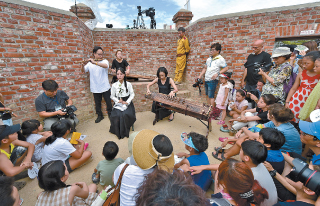 Another classical rendition of “Arirang” will be performed nearby at the National Museum of Korean Contemporary History. Renowned Korean film score composer Lee Ji-soo, who has worked on a number of films including “Old Boy” (2003), “Architecture 101” (2012) and more, will perform together with the museum’s in-house classical music group.

Titled “Arirang Concertante,” this arrangement is the same version Lee performed with the London Symphony Orchestra in 2015. The program also includes some of Lee’s popular film score compositions. The concert starts at 2 p.m. and is free to the public.

For more patriotic fare, a musical currently being staged tells the story of the resistance and the daily struggles of those who suffered during the Japanese colonization of Korea.

Also titled “Arirang,” the musical begins every weekday at 8 p.m., and at 2 p.m. and 6:30 p.m. on the weekends at the Opera Theater of the Seoul Arts Center, southern Seoul. It is directed by notable Korean playwright Ko Seon-woong and the cast includes Ahn Jae-wook, Yoon Gong-joo and Kim Seong-nyeo.

For a historical performance that brings back to life the event of 72 years ago, the Seodaemun Prison History Hall located in central Seoul is the best spot.

The location itself is especially significant on Liberation Day as it used to be a prison for Korean activists during the Japanese colonial period.

Tonight at 7:30 p.m., Sangmyung University history professor Ju Jin-oh and poet Kim Eung-gyo will stage a performance about the resistance and life under the Japanese rule. The performance will also have music presented by conductor Kim Hyun-soo and the Zion Orchestra.