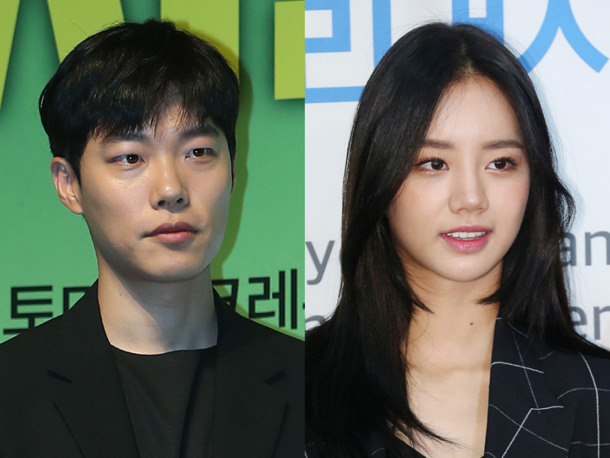 Actor Ryu Jun-yeol, pictured left, star of the TV series “Reply 1988” and movie “A Taxi Driver,” confirmed Wednesday through his agency that he is dating singer Hyeri of Girl’s Day, pictured right.

The company asked for the fans’ warm support toward the couple.

His character, Jeong-hwan, was involved in a love triangle with the lead character Deok-sun, portrayed by his now girlfriend Hyeri.

Hyeri entered show business in 2010 through the girl group Girl’s Day and has expanded her career into acting, most notably for her role in “Reply 1988.”