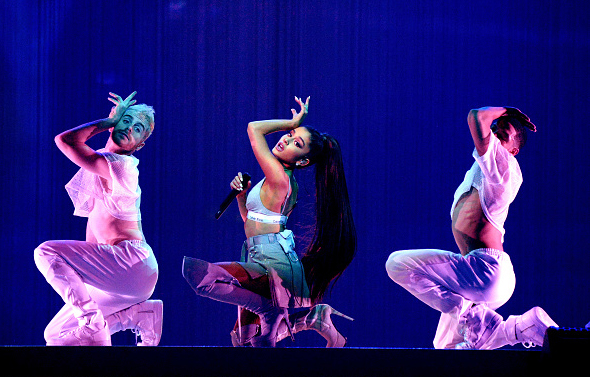 Pop diva Ariana Grande held her first concert in Seoul on Aug. 15 at the Gocheok Sky Dome in western Seoul. She is currently touring the world in support of her latest album “Dangerous Woman.” [YIM SEUNG-HYE]

Pop diva Ariana Grande left Seoul right after finishing her first concert in Korea on Tuesday evening at the Gocheok Sky Dome in Guro District, western Seoul. However, criticism regarding her attitude towards meeting Korean fans has been growing ever since.

The 23-year-old singer, who is currently touring the world in support of her third studio album, “Dangerous Woman,” posted footage from her Seoul concert on her Instagram saying “Seoul, you were magical. Thank you for your beautiful, loving energy tonight.” But many of her Korean fans commented on the post saying that they were disappointed in her “unprofessionalism and attitude,” and that they “don’t want her to come back.” Some fans who purchased V.I.P. tickets for 650,000 won ($569.60) even demanded their money back as the singer did not hold a rehearsal which they were entitled to watch. 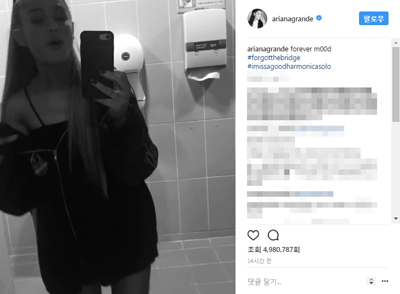 On Instagram, Grande posted a video of her singing in a restroom just before the concert. Korean fans criticized the singer for posting the video instead of holding a rehearsal prior to the concert, which some fans had paid to see. The singer arrived in Seoul just three hours before the concert. [SCREEN CAPTURE]

The highly-anticipated concert was billed as one of the biggest concerts of the summer. The 13,000 tickets that were open to Hyundai Card users sold out in 10 minutes, while the 7,000 tickets to the general public sold out in just three minutes. But the singer began to disappoint Korean fans from her arrival. Word spread that she would arrive at Gimpo International Airport on Aug. 14, a day before the concert. Hyundai Card, the Seoul concert organizer, explained that the singer’s arrival time was confidential due to security reasons and assured the attendants that the concert will be held without any problems. Some had expressed concerns after Grande’s concert in Manchester, England in May was the target of a suicide bombing, killing 22 fans at the Manchester Arena.

While fans remained safe throughout the concert, many left the show disappointed. Grande arrived at the airport at about 5 p.m., just three hours before the concert. Most of the concert attendees arrived at the venue at 4 p.m., waiting in line for four hours in the rain to see the singer. Due to her late arrival - which some say was to avoid having her photo taken at the airport while others claim she just wanted to stay in Japan longer - the rehearsal was canceled. This infuriated those who purchased the V.I.P. tickets, also known as “meet-and-greet” tickets, which gave them access to enter the venue early and watch Grande rehearse. Grande posted on Instagram a video of her singing in a bathroom just before the concert, which further fueled disappointment from fans.

“The series of actions prove how lightly the singer regarded the Seoul concert,” said Kim Ji-yeon, 30. “There was no appreciation, no emotion. Only business-like and very mechanical.” 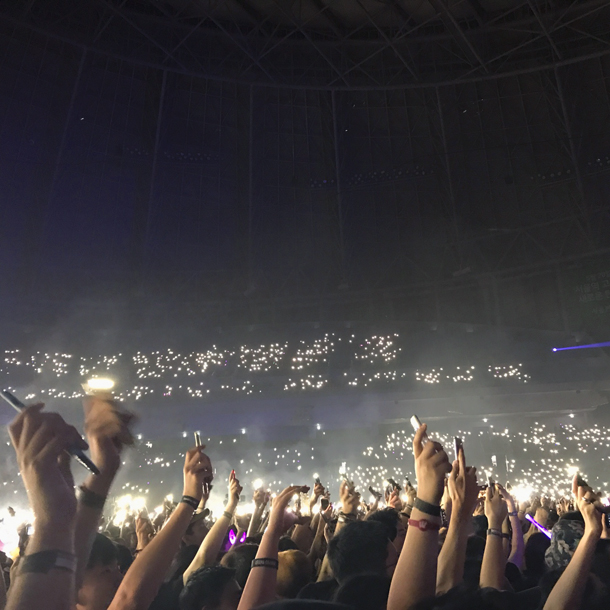 The duration of the concert was also a subject of criticism. For fans who waited four hours in line, they wanted to see a full two-hour concert and perhaps an encore, but the concert lasted only one hour and 40 minutes.

Unlike many foreign acts who often show affection for their Korean fans during concerts in Seoul, Grande’s concert was relatively dry, without much interaction with fans. She spoke not a single word in Korean - which angered the fans as the singer managed to write a full sentence in Japanese in her Instagram to thank the Japanese fans.

There is no doubt in her ability as a singer. She still pulled off all the high notes and the performance itself was high quality, especially unique spinning performance she showed off during “Side to Side.”

After staying in Korea for about seven hours, she left for Thailand, where she will be performing today.