Faces of the fallen

Faces of the fallen 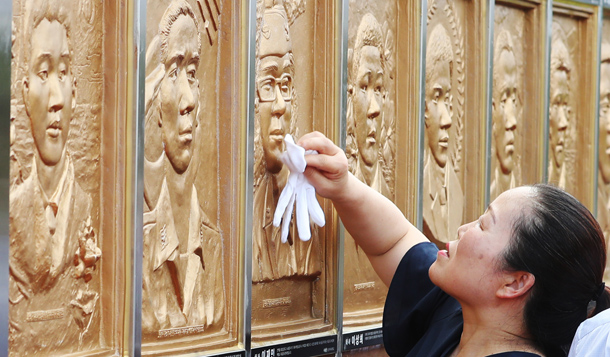 A woman wipes dust from one of the busts in the “55 warriors of the West Sea” memorial, which was unveiled at the Daejeon National Cemetery Wednesday in a ceremony attended by family members and officials of the Ministry of Patriots and Veterans Affairs. The memorial pays tribute to soldiers who perished during North Korea’s three major attacks in the Yellow Sea area: the Second Battle of Yeonpyeong on June 29, 2002, the sinking of the Cheonan vessel on March 26, 2010 and the shelling of Yeonpyeong Island on Nov. 23, 2010. [YONHAP]